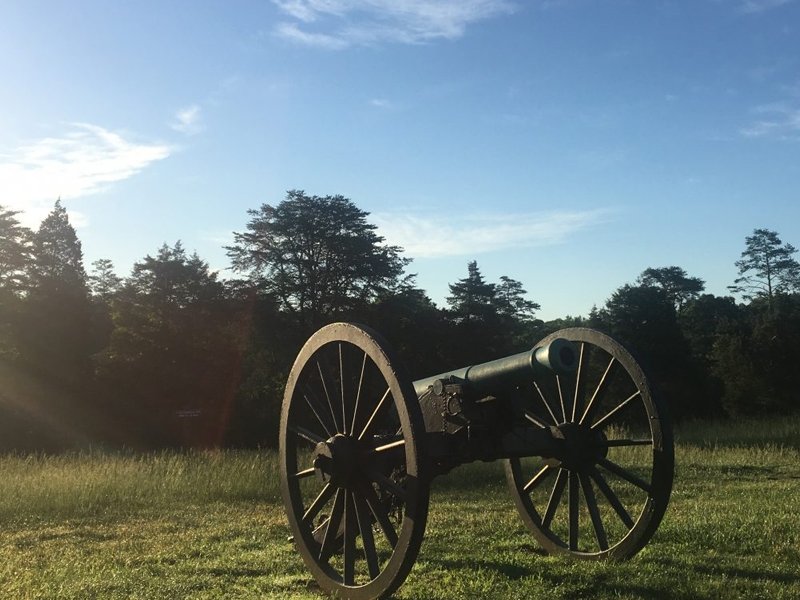 Posted at 22:33h in Blog by Edgar Pedroza 0 Comments
0 Likes

The first thing I noticed about the Manassas National Battlefield Park is the lines of canons all over the park property. These guns mark the original lines held by Union and Confederate regiments during the first and second battles of Manassas. I had no clue when I arrived that this is where the very first battle of the entire civil war was fought, and where the Union took the first L.

This park was created in order to preserve the history of the civil war battle and gain insight into the war with one of the greatest casualties of American history. The park is dedicated to preserve the landscape as it was during the Civil war era. The parklands are a mix of grassland fields, deciduous forests and farm houses present during the battles. Preserving these cultural resources had the unintended consequence of turning Manassas National Battlefield into an extremely important sanctuary for both plants and wildlife.

I was thrust into the field my very first week here, doing bird surveys at sites across the park at 5 in the morning! These surveys have allowed me to get familiar with the park and all its inhabitants. Bushwacking across wet grassy fields that leave you soaked from the waist down, listening to singing birds at sunrise is exactly what I signed up for! I am in constant awe of the natural beauty of this place. My quarters are deep inside park property with a stunning view of meadows and the surrounding forests. One theme that I get to explore here is the link between history, culture and nature. The landscape as it was a couple hundred years ago, left room for both humans and wildlife to coexist. In current times, we are pushing plant a wildlife out into the margins instead of creating spaces we can both inhabit. I’m really excited to learn more and develop a greater understanding of the role National Parks in preserving biodiversity in urban environments.