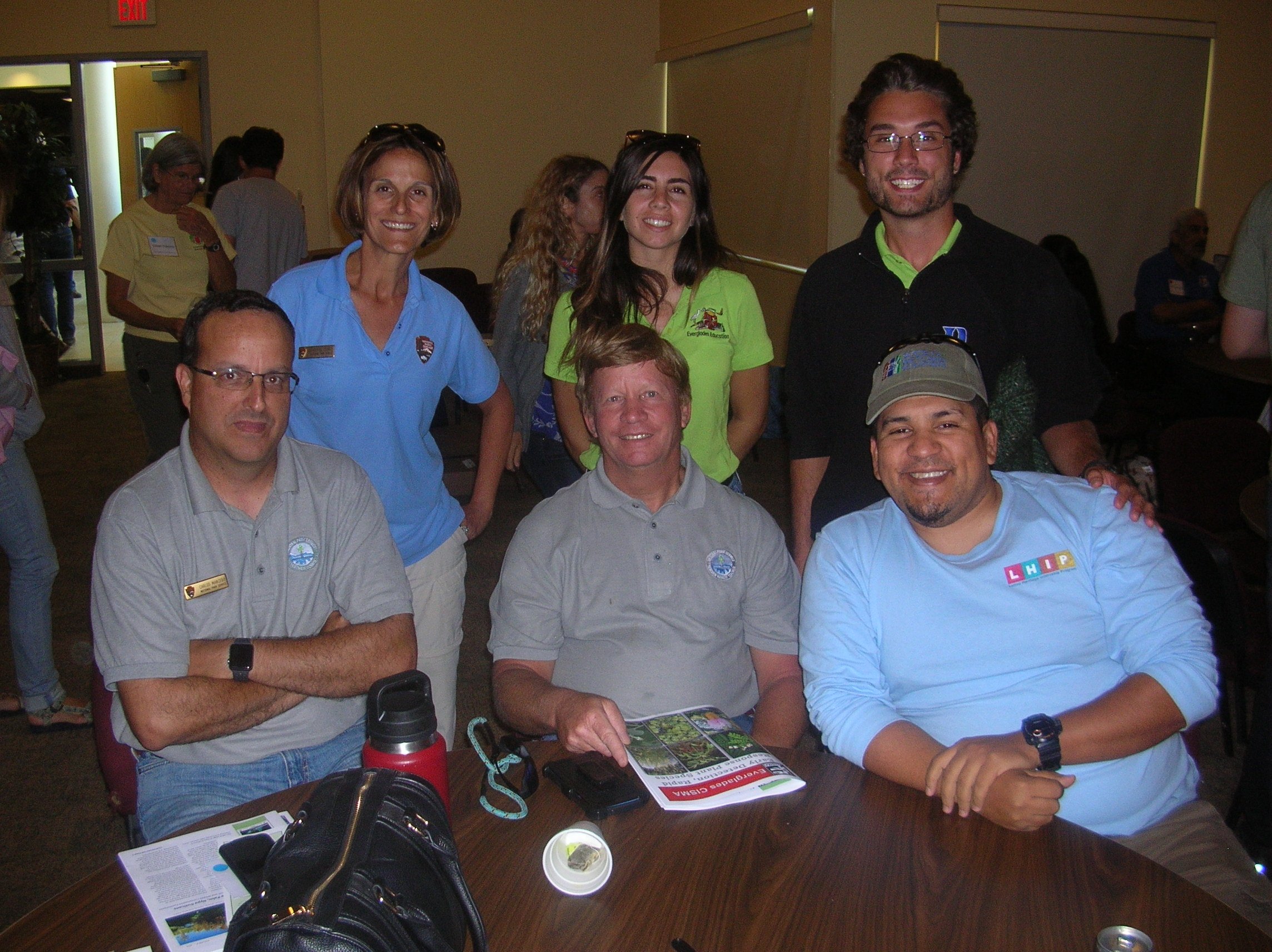 26 Jul A Learning Experience: Linnaeus, what about the NAME: When do Invasives become Naturalized Species?

What could the sixth week of my internship uncover at Everglades N.P., you may ask? Invader ALERT… Invader ALERT…  I truly rarely touch politics but in a twist of satire I wanted to add this into the conversation because, let’s face it , everything comes back to our political landscape and I have been pondering for some time now how the sliding scales of politics affects good science and education.

Previously, I wrote about Bats aka HANDWING mammals. During one of the events I supported for Latino Conservation Week, about 140 individuals attended an environmental sanctuary open house in Homestead, FL. One of the learning/outreach stations highlighted their work with Bat conservation on the property. A gentleman in one of the groups mentioned an off hand comment to one of the student presenters about why was the sanctuary trying to protect Mexican Free-Tailed Bats, since according to him, they were INVASIVE! As I heard this I felt frustration, hurt, rage, and pity well up and course through my body… NOTE: Mexican Free-Tailed Bats are commonly known as Brazilian Free-Tailed Bats or Tadarida brasiliensis; the common name was changed and adopted in Texas and other border states to Mexico).  Furthermore, they are considered to be a Native species in North American; No MATTER what name you call them by.

What you just read was a FLASH FORWARD, for the sake of this narrative. I am actually sitting at the 2019 Everglades Cooperative Invasive Species Management Area conference (ECISMA) in Davie, FL. The talks today have encompassed The Good, the Bad, & the Ugly… about invader (flora & fauna) management across the Everglades and surrounding areas. ECISMA is an interagency partnership that manages, researches, and educates about invasive species across South Florida.  So, what exactly is considered an Invasive Species? Invasive species in short are defined as: non‐indigenous species that have established and reached a widespread distribution in an area far beyond their native range.

For example in South Florida, the Dirty Dozen are Burmese Pythons, Tegu Lizards, Nile Monitors, Giant African Snails, Lionfish, Bullseye Snakehead, Conehead Termites, Australian Pine, Air Potato, and Burma reed, just to name a few. I will HIGHLIGHT that in South Florida we do have this information sharing & field collaboration across all the partner agencies. While representatives did report that we are winning the battle against conehead termites, we are being ferociously challenged by Tegu populations, and the pythons are ugly as ever.

I am a certified Python Patrol member. This means I can actively look for pythons and report about where I find them and other invaders on a GIS based application called I’veGot1 developed by the University of Georgia’s Invasive Species & Ecosystem Health unit. Numerous agencies, researchers, advocacy groups and educators are actively pitching in to remove the threat of the invaders. I was able to learn that the app has generated meta-data that is open and has not been used outside of agencies. Python researchers are looking at pheromones expelled by females, as well as looking into mites which they are susceptible to in the wild that are presenting a health risk to our endemic snakes. I learned All of this and MORE.

BUT, I will mention that the question at hand is When do invasive species become naturalized…Naturalization is defined as the introduction of a plant or animal to a region where it is not indigenous. Well then, what happens generations later? Can they, or will they ever be viewed as NATIVES? (I am getting the feeling that ONLY INVADERS negatively change the landscape).

Final Thought: potentially, species become invasive when they are detected & damaging the landscape. If so, the top priority organisms have been tracked to the Pet Trade Industry. Once they are detected in the ecosystem, could we redefine them as naturalized due to the pet trade? Instead of simply eradicating these organisms, should we just collect them for food? Python omelettes, Iguana nuggets, or Lionfish sandwiches? Or are natives afraid of eating foreign meats?

I LEARNED that we have to work together to maintain our natural resources on the ground and educate the public, dispelling misinformation and raising their awareness simultaneously, leading to engaging community members and global citizens.