15 Aug Getting to know the PPEC staff!

I can’t believe this is the last week of the summer portion of my internship! Part of my internship has consisted of working alongside the Park Planning & Environmental Compliance (PPEC) staff at the Pacific West Region Office (PWRO). After working closely with them this summer, I wanted to get to know them on a more personal level and learn more about their journey within the National Park Service (NPS). I sat down with them and chatted for about thirty to forty-five minutes about their experiences within NPS, schooling, and everything in between. 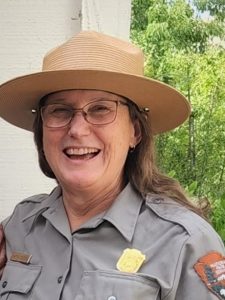 Martha has worked for the National Park Service (NPS) for over thirty-five years and has worked in the Pacific West Region office for about thirty years. She began her career in the park service as an intern when she was a graduate student at the University of Pennsylvania. Her internship consisted of assisting the staff in a partnership program similar to the current Rivers, Trails, and Conservation Assistance (RTCA) Program; when her internship was over she was offered a temporary position in that same program. After five years in the Philadelphia office, she accepted an offer in San Francisco and has worked in the Pacific West Region Office since. Martha’s experiences have led her to her current position as a Program Manager for Park Planning and Environmental Compliance, which she has held for eleven years now, and most recently, acting Superintendent for the Cesar E. Chavez National Monument in Keene, California. Martha’s position as Program Manager allows her to engage with park staff on problem-solving for their challenges and plan for their future goals regarding park planning. Martha is a big advocate for internship programs because they give people a taste of what agencies like the NPS are like and allows interns to get at least a toe through the door. Martha’s advice for interns is to make personal connections with people who can help to open those doors for them when more opportunities present themselves. 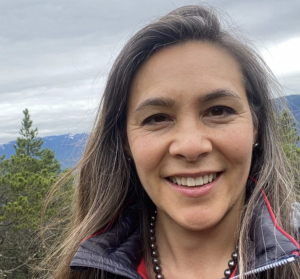 Anna grew up in Portland, Oregon, and attended Bard College in upstate New York where she received her Bachelor of Arts in anthropology and archaeology. These subjects fascinate Anna because of the human history embedded in the earth and the human connection to specific locations. Upon completion of her undergraduate degree, Anna followed her aspiration of serving in the Peace Corps where she was stationed in Togo, West Africa for two years. Following this experience, Anna pursued a Master of Landscape Architecture at the University of Washington (UW). During her time at UW, an NPS representative spoke in one of her classes about internships involving cultural landscapes – the perfect combination of history with design and preservation. It was during this internship that Anna got to work on sites with rich histories, such as Minidoka National Historic Site – an incarceration camp for Japanese Americans during the height of World War II, where many of Anna’s family members were once incarcerated. This experience inspired Anna to strive for the designation of national parks, sites, and monuments that help tell the diverse stories of historically underrepresented communities in the United States. Anna now works as a Program Analyst where she gets to work with parks to identify their planning needs, major park challenges, and aid with decision making. Her advice to interns or people interested in interning for the NPS is to learn all you can and connect with all levels of people, especially since NPS has the broadest types of positions. 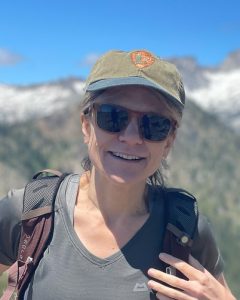 Betsy is originally from Bellingham, Washington where she grew up spending time in national parks but didn’t think of NPS as an agency until she was an undergraduate student in Massachusetts studying French studies and landscape histories. During this time, Betsy learned to analyze landscapes as well as understand cultural histories and political movements by reading about a place and the people who lived there. Following her undergraduate career, Betsy worked in different positions of engaging with the public and interpreting historical landscapes. Betsy then pursued a Master of Landscape Architecture at the University of Washington (UW) and became involved with the NPS as an intern through the Pathways Program, where she found an interest in planning for its interdisciplinary approach and involvement with cultural landscapes. These experiences have led Betsy to her current position as a Landscape Architect where she works as a project manager and team member for various projects, such as Special Resource Studies (SRS), Unit Management Plans, and Foundation Documents. She is humbled by the opportunity to be involved in projects that highlight the cultural significance of original peoples and present landscapes. To Betsy, it is a privilege to hear the stories shared by community members through civic engagement and then represent their comments in a park’s planning efforts. Her advice to interns is to talk to as many people as you can about their work, as you never know which conversation might inspire your next steps. 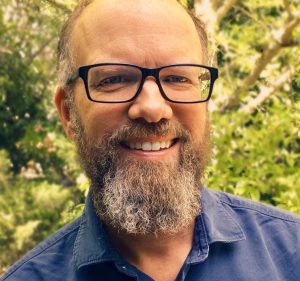 Brad has been working for the NPS for fifteen years now. Having grown up all over the US and overseas, Brad found himself completing high school in Utah and his undergraduate degree at Utah State University. Following his undergraduate studies, Brad went to law school where he focused on public land management. He began his career in the park service as an interpretive ranger at the Timpanogos Cave National Monument in American Fork, Utah. After this experience, Brad pursued a PhD in environmental science and forestry but left to work for Pennsylvania State Parks as a ranger, then Resource Manager, and later a Park Planner in the central office. The interdisciplinary skills Brad held from interpretive ranger to law enforcement ranger to resource management have been a key to his success as an Outdoor Recreation Planner. Brad’s favorite aspects of park planning include public involvement and public meetings, especially when people express their concerns about a project, for these interactions provide meaningful feedback to his job. Brad’s advice for interns is to be open to all opportunities, including seasonal work, since a lot of these positions allow you to make a name for yourself. 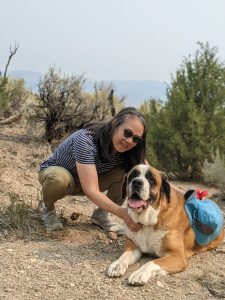 Danette is a third-generation Chinese American from Clovis, California. Her work in the NPS has inspired her to embrace her ethnic background as she has learned to appreciate her family’s contribution to US history. Danette’s great grandparents migrated to the US in the 19th century and worked on the continental railroads during westward expansion. Stories of diversity and resilience, such as the farmworker movement led by Cesar E. Chavez, move Danette as she thinks of her family and the surrounding community she grew up nearby. Danette holds a Bachelor of Arts in economics and a Master of Science in natural resources. These backgrounds heightened Danette’s interest in sustainability and environmental compliance, where she began her career with the NPS as a natural resource specialist. Since working with NPS, Danette has had the opportunity to work in various parks and offices, from Fire Island National Seashore in New York to the Mojave National Preserve in California. She currently works as the Regional Environmental Coordinator in the Pacific West Region Office where she provides technical support for all things regarding the National Environmental Policy Act (NEPA). Danette’s favorite aspect of her job is helping parks solve their compliance challenges, for it is gratifying to see other people succeed. Danette’s advice to interns is to be open to sidetracks and try new things, even if they are just for a while.

Nick currently works as an Environmental Protection Specialist in the Pacific West Region Office where he exclusively focuses on the implementation of the National Environmental Policy Act (NEPA) for internal and external NPS projects. His interest in environmental policy began as an undergraduate student at California State University, Chico where he received his degree in environmental policy, and later completed his master’s degree in environmental theory where he wrote his thesis/project on NEPA. Following his studies, Nick worked on various projects for environmental consulting firms that addressed both NEPA and the California Environmental Quality Act (CEQA). Nick has experience working for different government agencies, such as the Bureau of Land Management and now the National Park Service (NPS). Nick is intrigued by the conservation efforts led by NPS, especially through the policy implementation of NEPA. To Nick, NEPA is a framework, not a science, and he enjoys the analytical side of its implementation. Nick’s advice to interns is to be open-minded to various opportunities and to bring whatever background experience they have into their new positions.

I wanted to give a huge thank you to the PPEC staff for taking the time to share a little bit of their narratives with me. It has truly been a pleasure to work with such an incredibly experienced staff and I have learned so much from them during my time in the PWRO. I’m looking forward to learning more from and about them as my fellowship progresses through June of next year.