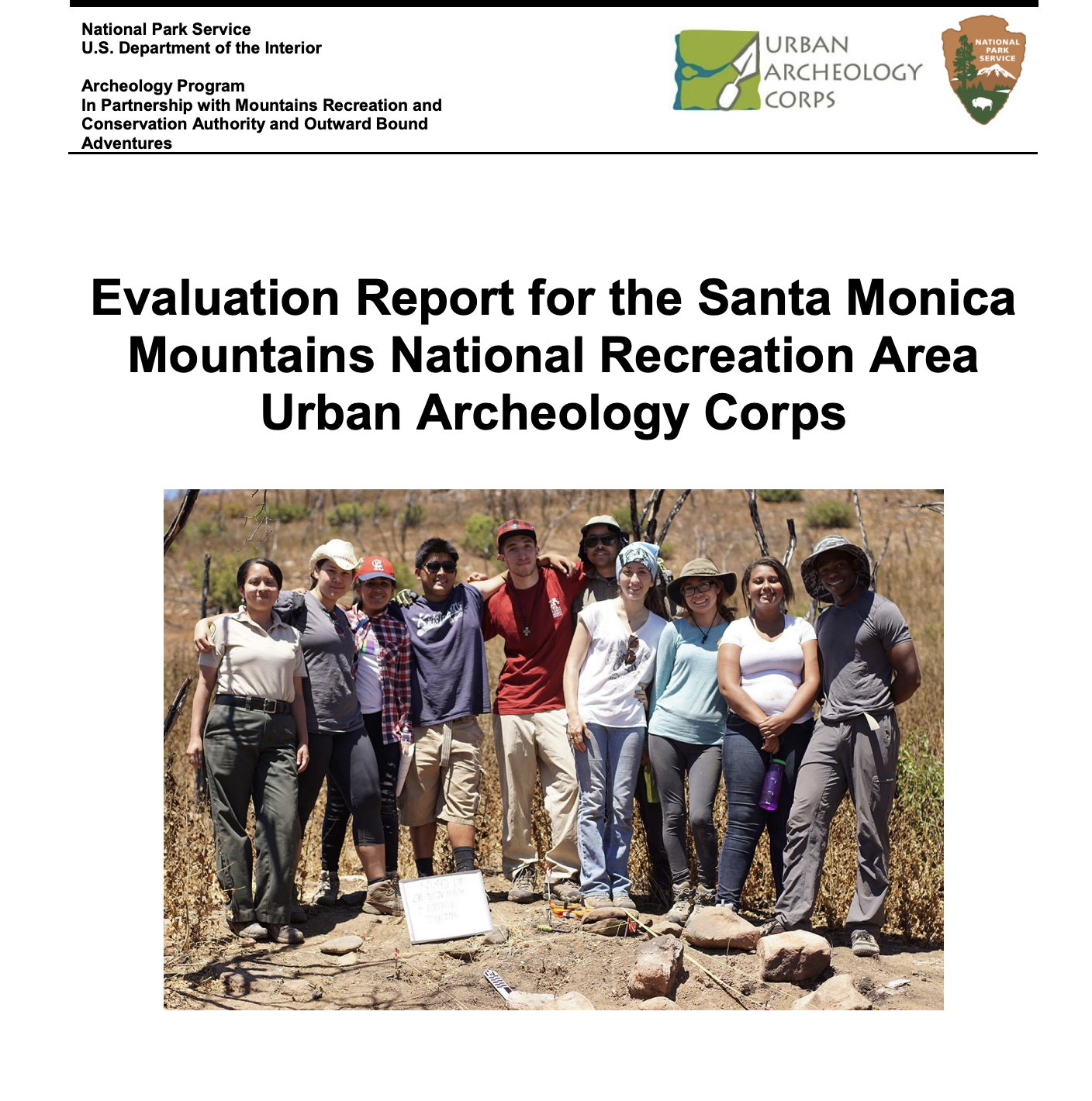 13 Jul Get to know my Super..visor! Teresa Moyer, NPS Archaeologist

For this week’s blog I decided I would interview my National Park Service supervisor, Teresa Moyer.

I really enjoyed this interview because you don’t always get to know your supervisor outside of their role as your boss, especially when telework is the norm and when an internship is just a couple of months long. I love our weekly check-ins, but I think I got to know Teresa a little better (and if you have a supervisor you want to get to know maybe this is a fun thing you can try and do as well!) Above is a picture from a report from one of Teresa’s favorite projects!

Where are you from and where have you lived? What is your favorite out of all the placed you’ve lived?

I have always lived in the Mid-Atlantic, I grew up in Maryland and then I went to college in Pennsylvania. After college I lived in New York City for a couple of years and then I came back to Maryland for grad school, and now I work and live in Washington D.C. Out of all the places I would say I really love New York.

What is your current position at NPS? Can you explain what your division of NPS works on?

I am an archaeologist in the archaeology program in the Cultural Resources, Partnerships, and Science Directorate in the Washington Support Office of the NPS. In the Park Service we have more than 400 parks and I can’t think of one that does not have cultural resources in it so even though people tend to think about the natural resources when we are talking about the Park Service, the fact is that many park service units do not have natural resources to manage at all. And so, for NPS managing cultural resources is actually the thing that we do most and it’s figuring out how cultural and heritage resources work together to capture the American story and what it means.

What is your academic and professional background? Why archaeology?

I’ll start off at high school because it actually explains some things. So, I went to a creative performing arts high school and I went into college intending to be an art history major and work in a museum one day and then I got to college and I really hated art history because as someone who came from a perspective of making and creating things I just felt like it didn’t do it for me. But I really liked the people I knew in the archaeology program and there were all these different ways of looking at people stuff, and ultimately it came down to I really like stuff. I really like stuff, I really like people’s stuff and I want to know why they have their stuff and what they think about their stuff. So, after college I decided that I wanted to go back to school so I got a Master of Applied Anthropology at the University of Maryland in the archaeology track. Then I worked for a couple of years and realized I had a lot of unanswered questions particularly about sex and gender and race and ethnicity theory, so I went back for a PhD in American Studies at the University of Maryland.

So, I have done a lot with civic engagement and a big thing in archaeology is making sure that when you do archaeology it’s not just for the archaeologist, it’s not just another tick for your CV. It should be something taken off a bookshelf and shared with others because it’s meaningful to them. And so, because people tend to think archaeology is cool and want to be involved in it, that combined with making programs that help people to understand what we find about their heritage and their history makes archaeology a really natural fit for citizen science. And I also like that citizen science provides the opportunity for people from really different disciplines to work together like archaeologists and biologists for example.

What is one project you have done at NPS that you really liked? Why?

I think my favorite thing that I have done for NPS is the Urban Archaeology Corps, which was a national program that I coordinated which took place in several parks, and so the park would identify a project they needed done and then they would work with a youth serving non-profit organization that was local to their park which would hire high school and college kids to come out to the park and work for about 10 weeks in the summer. And the idea is that they would go through the whole process of what archaeologists do, they would do training, research in archives and libraries, they would talk with community members and consult with other parks to see how they were doing their archaeology. They also did excavation, but it wasn’t the focus of the project, and at the end of it they would do a project to get out the information they found during their time in the program.

It was rewarding because the parks were doing really cool projects with the interns and it was gratifying to see the park archaeologists see their jobs in a new way but then also the people participating in the projects they brought something so unique to the work that the park service couldn’t really get in any other way.

(Here is a link to a report on this project: https://www.doi.gov/sites/doi.opengov.ibmcloud.com/files/uploads/Urban%20Arch%20Report%20report2015_Final_Accessibility%20Checked.pdf)

What is your favorite national park that you’ve been to? Which is one you haven’t been to but really want to visit?

So, my favorite NPS unit is always the last one I visited for the first time, if that makes sense. I do the NPS passport, so I’ve been to a lot of parks and it’s hard for me to choose a favorite anymore, so it just seems like a democratic way to answer that! The last park I visited for the first time would be the Everglades. The park that I want to visit next is all the Alaskan parks, I’ve never been to Alaska.

What advice would you have for someone interested in working for the NPS?

I think one thing I would tell everyone to do is that USAJobs can be used for online job applications, but it is also a really handy research tool because you can use those job announcements whether or not you are ready to apply for jobs to see what the qualifications are and what kinds of experiences are expected to be able to do that job. So, for example if you are looking to be a biologist for NPS, you can do a keyword search for biologist or biology and see what educational requirements are. You can also see what the different salaries and responsibilities are by level of position you are applying to. So, you can get a sense of what you want to aim for and what you need to get there.

Thanks for getting to know Teresa with me! She is wonderful to work with and I would say her life is pretty interesting. Let me know if you guys interview your supervisor, what kind of things did you not know about them that you are glad you learned about?