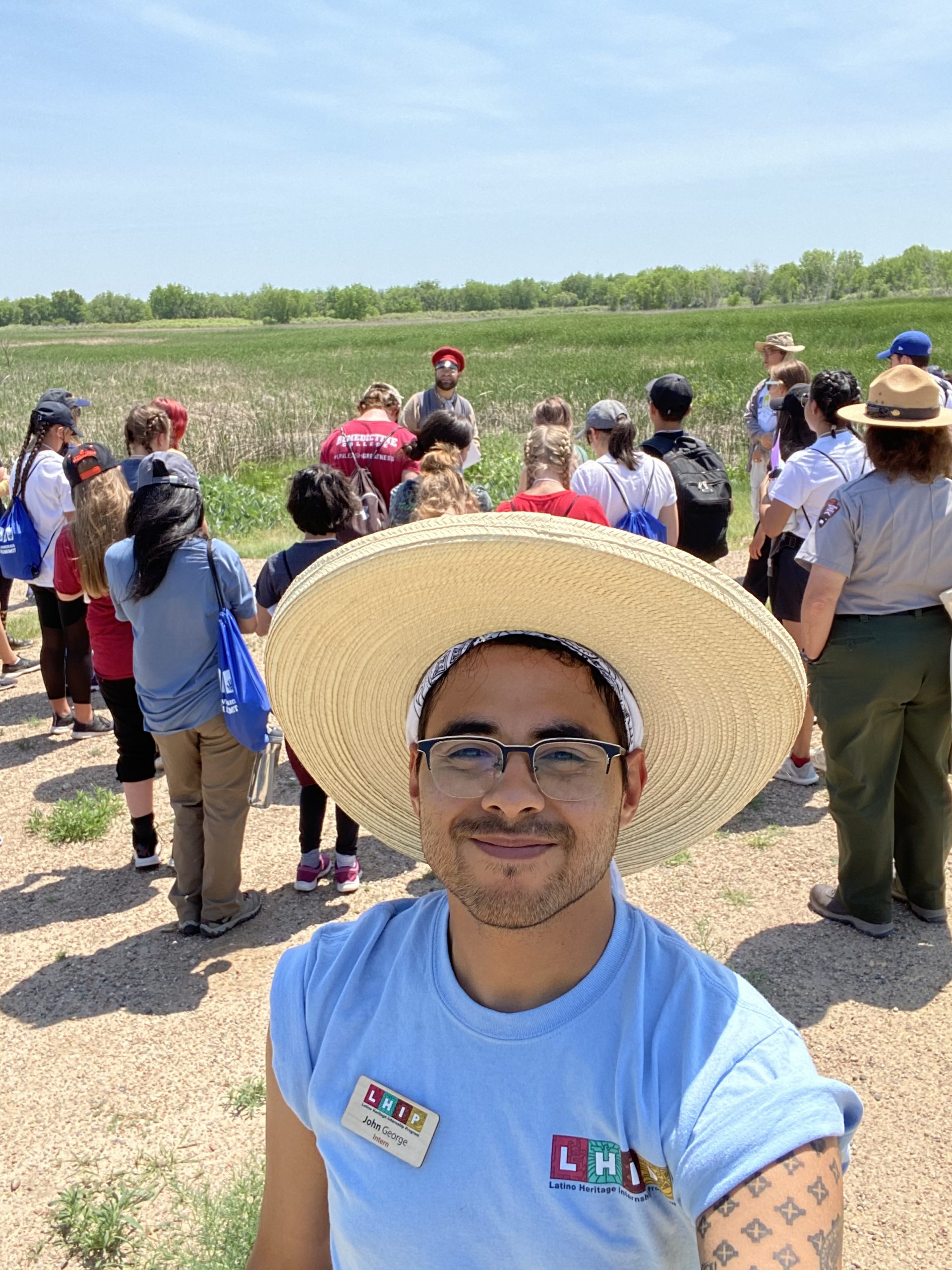 A travel bus pulls into the comfort station (rest stop) and out come 30 to 40 aspiring, young leaders. They are a part of Preserve America Youth Summit. It is their first day of a 4 day long, Coloradoan trip visiting National Historic Sites to experience, observe, and formulate their own advice on how to get others interested in the environment and natural history. A portion of last week’s work has consisted of preparation for this jocund crowd and to get their opinions on my assembled PowerPoint user interface. I assumed that this crowd would be mainly grade schoolers but was pleasantly surprised when a large group of astute, bright-eyed, and mainly anxious teenagers stepped down the bus staircase.

This group is half the intended size because of COVID-19 considerations but are nonetheless enthusiastic and, except for the unfortunate 100 degree day it happened to be, happy to be there. Several park rangers guided and informed the group about the history of the fort. The group of adolescents are interested in the Indigenous history of the site, and provide several new, interesting ideas to increase and sustain visitor turnout of the site. The idea of a scavenger hunt that could be played at the fort is a fresh, new theme that they came up with that could prove to be fruitful. A hard-to-swallow truth about my PowerPoint user interface was received when all the kids were in honest agreement that less text and more videos or pictures would keep their attention longer than blocks of text. An overlooked, but important realization that my supervisors were genuinely troubled to hear. My own opinion is that growing up with the internet , which fights in ever newer, cleverer ways to capture attention, has increased their minimum threshold of stimulation. The group wanted quick, informational videos using TikTok as comparison. I am on the outer cusp of the Millennial cut-off being born in 1995 so I can relate to both my older supervisors’ wishes of relating deeply rich information on natural history and my younger counterparts’ own need for time efficiency. The bright new generations are growing up in a fast-paced world that will continue to speed up but I believe that they’re already ahead of us.