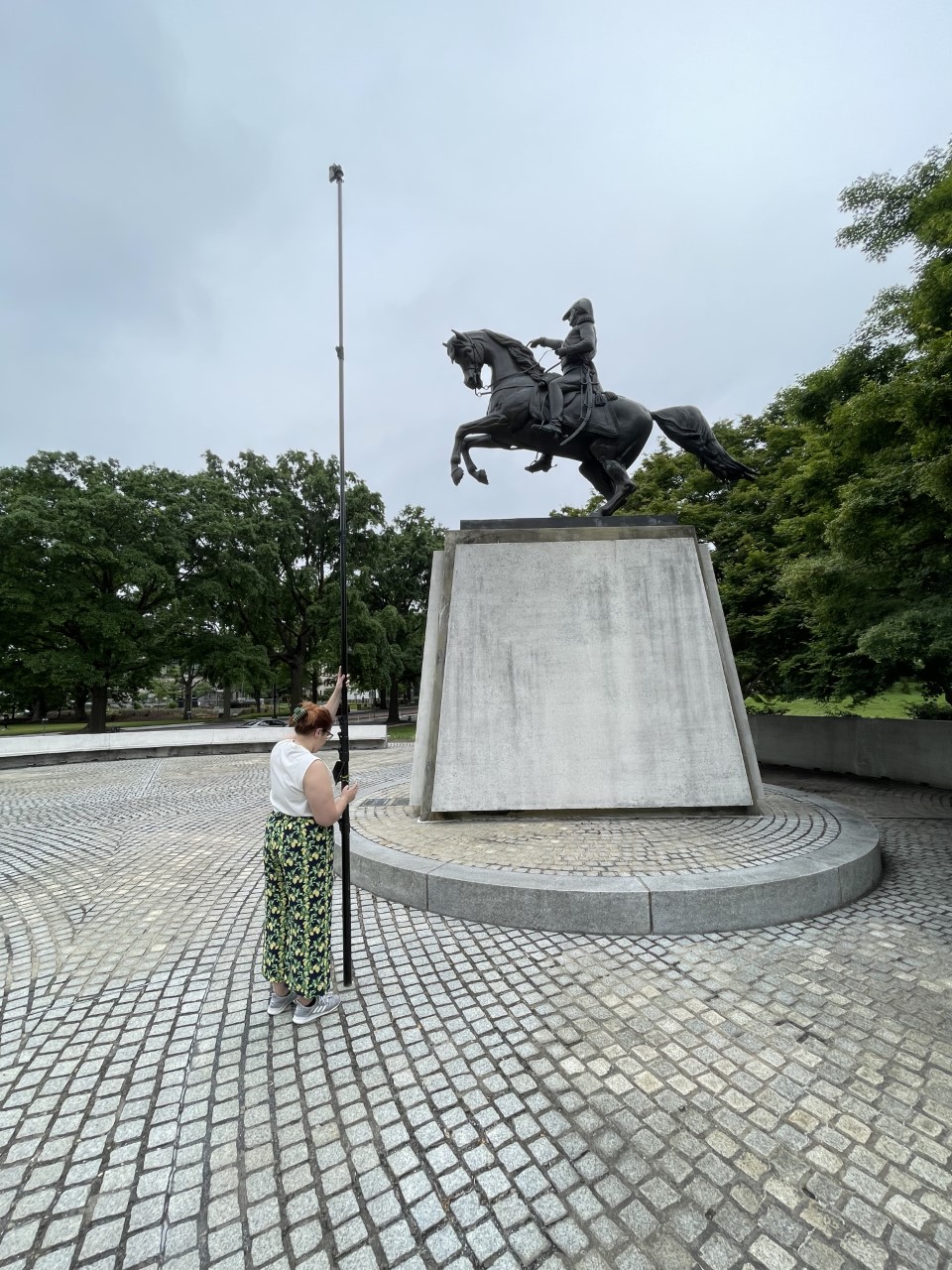 25 Jun From photos to models

This summer a main part of my internship involves photogrammetry.  It is a process that takes pictures of an object, buildings, or environment and then stiches them together to create a digital model.

How does it do that?

It works by using the concept of parallax. Which for those unfamiliar, the easiest way to understand it is to think about being on a train and looking out the window. Outside the window the mountains furthest from you appear to move slower than the trees right in front of you (which are moving at a more rapid pace past you). That is due to parallax. The computer program uses it while pictures are stitched together to create point clouds. 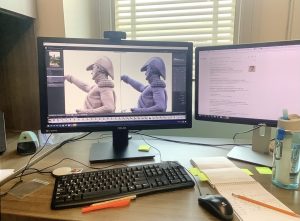 Adjusting image exposures prior to modeling.

The key to photogrammetry is to take photos that overlap 60-75% in order for the computer program (or for you to manually) find key points that match between the pictures. When a key point is found in more than one photo it creates a tie point. A tie point does especially what it sounds like. It ties the photos together by the common key point. Due to the need for overlap, the number of pictures needed depend on the size of the model and how complex it is. For the General José de San Martín Memorial additional pictures had to be taken in order to get his arm and clothing details. This is because some of the surfaces only could be seen from certain angles. In total, the model required around six hundred and sixty photos.

Taking pictures of the memorial using a pole to keep the camera parallel with the object.

Why is it beneficial

The models can be used to create high quality ortho images for HABS projects. They can also be put into Sketchfab (or a similar program) for everyone to be able to revolve and zoom into the 3d representation of the statue. It allows for people to interact with historic monuments and sites without having to actually be physically there. In my opinion, 3D representations do not replace the experience of being able to see a site in person, but it does ease the accessibility gap for who can learn and enjoy them.