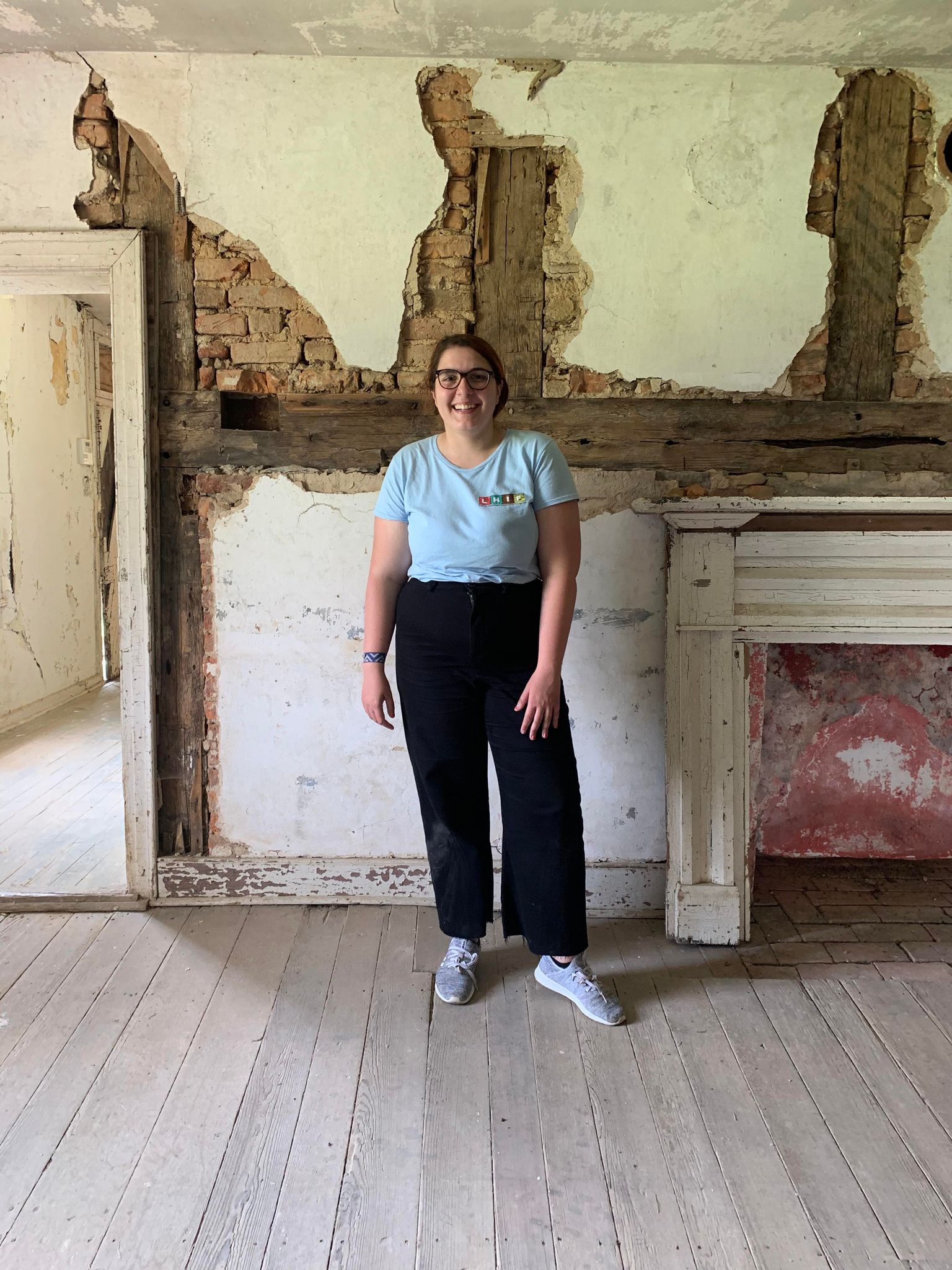 Beatty-Cramer House located in Frederick, Maryland is a Dutch H-bent house. The house was dated through dendrochronology to 1748. Its original owners, Thomas and Maria Beatty were from Ulster County, New York, where at the time Dutch building styles was more common. There is evidence in the house that it was once a Dutch split level. Which means that people would probably enter in from the porch on the first level to the entry room. From there they could turn left and descend three feet to the kitchen! The Beatty’s lived at the home until 1797. 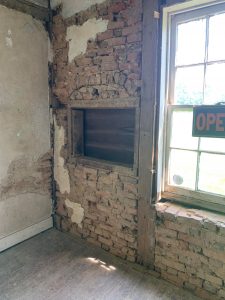 This window was covered at some point during the homes lifetime. Notice the beautiful brick arch above the original window opening!

The Beatty-Cramer house’s second life started in 1855 when it was purchased by Jeremiah Henry Cramer. Desiring a larger house, a third section was added on, and the previous loft style top half floor was turned into a full second story. 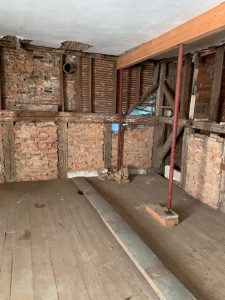 Interior of the second story of the Beatty-Cramer house.

Now, let’s talk about the fireplaces. The house has three main fireplace locations from the outside, one in each bay of the house. This was probably to keep the house symmetrical and maybe to appear more affluent. Out of the three only two have working fireplaces within the interior. The third, which is located in the newer portion of the house is just for display. It actually starts on top of a beam in the attic and is only visible as a chimney from the exterior or attic space. 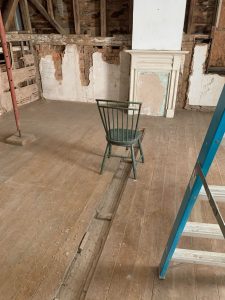 Image showing the fireplace that I documented. This was located on the second story of the home. The bottom part of the page is my sketch with dimensions and details of the fireplace seen in my next image. The fireplace on the top was sketched by me but the details and dimensions were done by other members of the HABS team on the second day of work.

Frederick County Landmarks Foundation and Preservation Maryland are now trying to preserve the house that was abandoned in 1987. The HABS team at the National Park Service is scanning the interior and exterior of the building and drawing details found within the house. I was there to assist the team with their first day of fieldwork. I sketched and measured two of the fireplaces within the interior of the building. It was a fantastic experience to be able to go and see such an amazing historic site. I was able to meet Joe Lubozynski, the Architectural Director for the house from Frederick County Landmarks Foundation. He walked us through the entire house and explained the history and interesting details that can be found throughout. It was a great opportunity to meet Joe Redding, the Director of Preservation Maryland and work alongside the HABS team while getting to know the other interns joining me in the office! 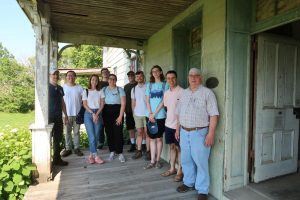 A group photo of everyone on the first day of fieldwork at the house.