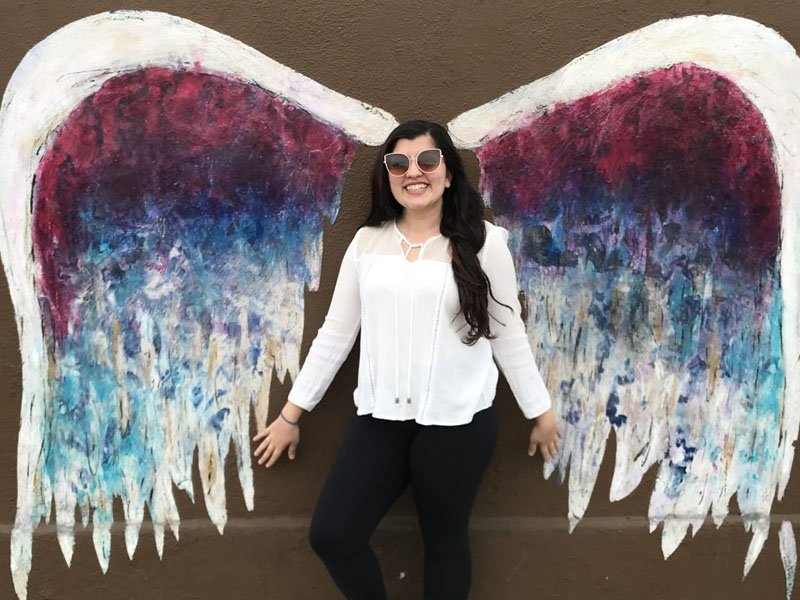 05 Jul From Cali to New Jersey and back again: Rizvi Intro

My name is Sarah Maclovia Rizvi, I am a half-Mexican, half-Pakistani looking to dive headfirst into public service to help the multicultural communities in this country. Some fun facts about me are that I write poetry & standup comedy jokes for fun and recently graduated from Seton Hall University as a triple major in International Relations, Philosophy, and Modern Languages (Spanish & French concentration). This summer I hope to put some of my degrees to use working as a Park Interpreter and Marketing Advisor at Sequoia & Kings Canyon National Parks. See a few pics below to get to know me a little better:

While a student there, I worked for an on-campus nonprofit called the Joseph A. Unanue Latino Institute (JAULI), whose main objective was to host cultural/educational programs relating to the Latino heritage and providing need-based scholarships to students. The work here helped expand my understanding of the diversity in the Latinx community. Being from Southern California things like Cesar Chavez Day and huge parades for Dia de Los Muertos were a given, but in New Jersey, there was more variance in the type of Latinos I came across (not to downplay the non-Mexican groups in Los Angeles, but rather highlighting my sheltered perspective). Not only was I able to incorporate traditions from my childhood but also to showcase those often underrepresented like Brazilians for example who are Latinx based on their location and non-Hispanic as they speak Portuguese.

Through JAULI, I also had the privilege of working with representatives from GOYA, ADP, Univision, Verizon, Coca Cola and UPS who were dedicating their philanthropic efforts to helping our people all over the world. Whether that was bettering the diversity in the company or a project directly benefitting the victims of Hurricane Maria in Puerto Rico. One of the people who made a lasting impact on me during this time was the first Latino US Poet Laureate, Juan Felipe Herrera, his advice and moving poems inspire me to continually dedicate my work and my words to the betterment of my community. So yes, I am sad to leave all this work and the network I had created, at the same time I can’t help but be excited for what is to come.

This is exactly why I was drawn to the LHIP program in the first place. The DHA position at Sequoia specifically because of my familiarity with the park and my interest in future work with the government. It felt like the Department of the Interior was an amazing place to start this journey. As I have gotten more details and moved into the NPS housing, I realize even more that this was a job opportunity gifted to me by the universe. The tranquility of the park and the seclusion from the constant stimulation of social media/ the residual stress from the last year of college is exactly what my system needed. Add on to this the ability to do fulfilling work that will help the Latino community surrounding the park/bilingual visitors like myself and you have one beyond thrilled intern.

I am nervous about doing justice to the jobs I have been tasked with. In my previous nonprofit experience, there was always a cushion for mistakes/delays as I was not working as autonomously as I will be now. Due to the nature of universities, there are many bureaucratic structures and processes forms must go through before being finalized – this provided me with numerous occasions to correct an error or for one of my coworkers to rectify it as well. I am sure some of this is also just first week nerves and will fade the busier my schedule gets. I will definitely include more pictures of the park in my next post so stay tuned amigos.