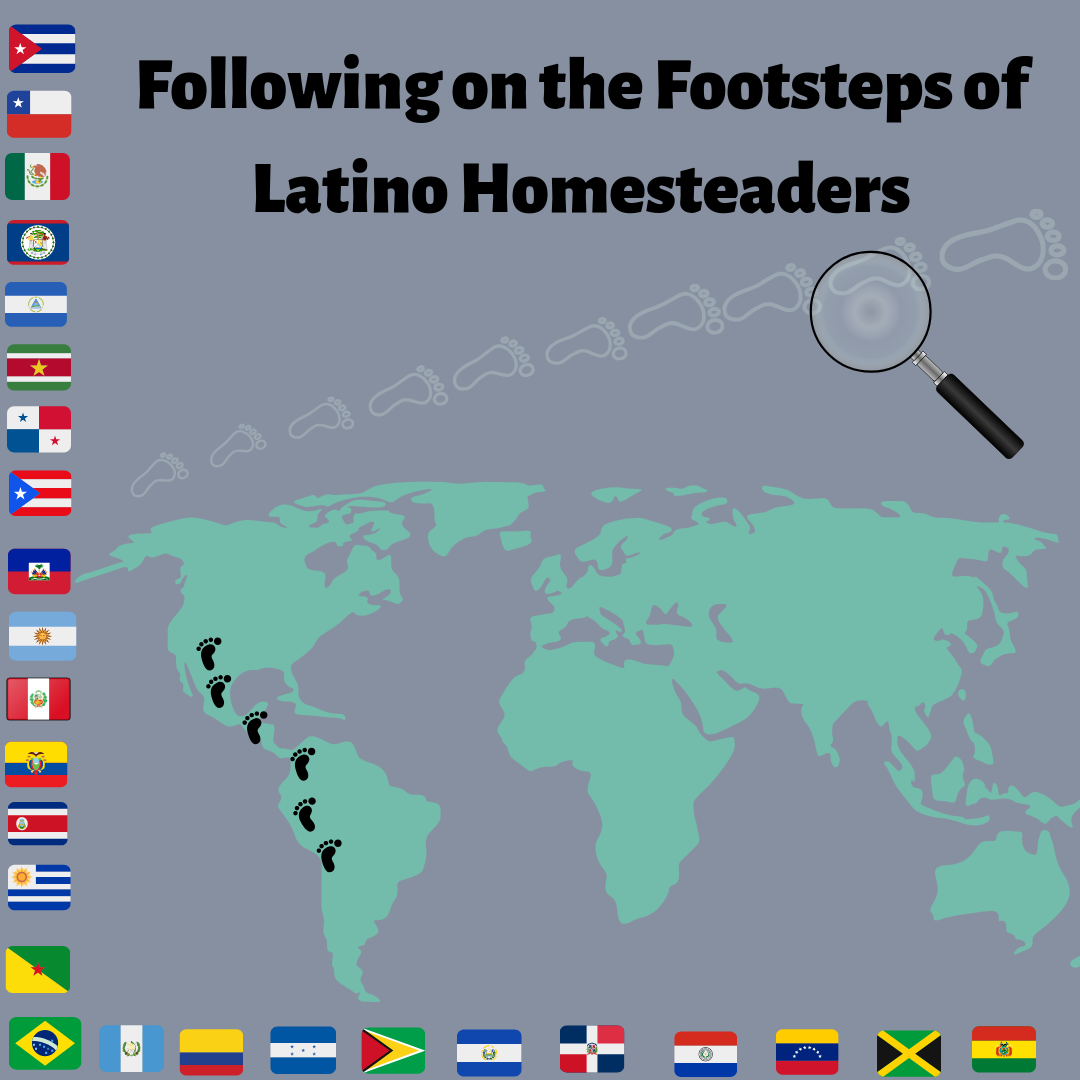 27 Jun Following on the Footsteps of Latino Homesteaders

Homestead National Monument of America is full of history, the best ones are those from visitors who tell how their ancestors came to homestead in America from different parts of the world. I especially love to hear volunteer’s stories since they are aware of the importance of the Homestead Act, like Marcella who told me that her grandparents came from far away to homestead in Nebraska.

Marcella’s grandfather was from Sweden and her grandmother from Germany. When both of them first came to America in different years they knew no English, they later met and got married.  Marcella even remembers going to church on Sundays and seeing how people gathered in small groups and they could speak their native tongues.

Today about 90 million Americans are descendants of homesteaders. We can deduce that one of the most significant contributions that brought the Act was immigration. To have an idea the census of the United States reveals that the total population of states and territories (excluding Texas) west of the Missouri River doubled from 1860 to 1870 as stated in a study done by the historian Blake Bell. The Homestead Act was signed in 1862 so the data from the census shows a correlation between these events.

To have an idea of the importance of the Homestead Act and other Land policies in immigration the following map shows the percentage of the foreign-born population in the different states during the 1900s, that was the time when the peak years in immigration also coincides with the peak years in homestead claims. For example, Montana is the second state with more foreign population, just behind Hawaii, and it’s also the state were more claims were made under the Act.

But, from which countries did these people came? Were they only Europeans?

I can tell that they came from many places around the globe and representing different nationalities, some of them were even Latinos.  In the Southwestern states the Latino homesteader’s legacy is one of the most important in the area. For example, in a state like New Mexico, a simple search will let you realize that about half, if not the majority, of the homesteaders, had Hispanic last names. In other states, some of the counties had been developed because of the Latino homesteaders.

After this brief introduction about the importance of immigration and how Latinos also left their mark in the Homestead Act, I can talk about my project. I cannot be prouder and more thankful for having the opportunity to do research and choose at least three Latino descendants of homesteader families from the Southwestern states and to share their stories with everyone.

For what I have found so far, these stories there are full of challenges, empowerment, determination, and sacrifices. Even though some of these stories were sad, other, especially those of Latino single and widow women, are very significant and they show us that our heritage and the determination of the Latino people is something to be very proud of.