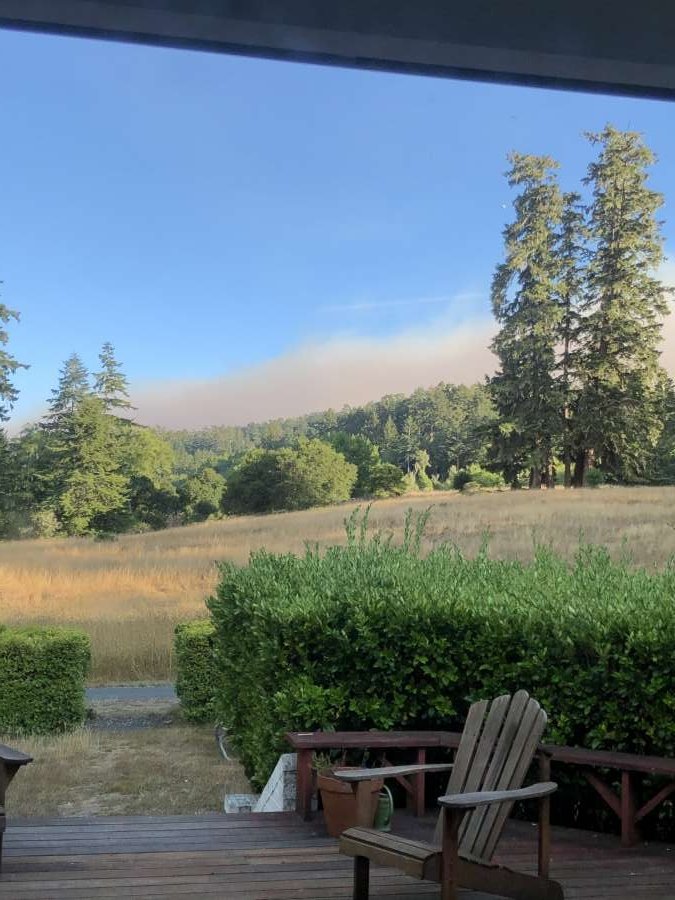 The past couple of weeks have been a bit overwhelming but educational nonetheless.

As I had previously mentioned, there is a fire at my park and what started off as a small 5 acre fire quickly grew to 3,000. I was first evacuated from my little home on Limantour road to Bear Valley. In Bear Valley I lived at the non-profit’s PRNSA offices. I finally had wifi and felt safer because living somewhere with no wifi or reception during a fire led to many sleepless nights. At Laguna I was constantly worried that I would be evacuated while I was asleep. Everyday the fire was changing so it was unpredictable what the next steps would be. Once the fire began to move north towards my house I was quickly evacuated. I was not home when the evacuation mandate was enacted so I rushed home afraid that I would have to live off one outfit for a couple of days (ew). I was fortunate enough to have time to go back to my home and quickly pack some clothes for the week. During this week I worked with law enforcement in staffing closures, and diverting visitors away from the park. I really enjoyed working on the “front-lines” because it gave me the necessary experience I may need in the future. Working during this time was very exciting and probably my favorite part during my internship experience minus the very bad air quality. After about a week the fire began to move more inland towards the Visitor’s Center so once again I was in limbo whether I would be evacuated or not. We were constantly on edge as we peered out and the dark clouds hovered over us threateningly. I kept all my belongings in my car just in case we needed to evacuate again and would not have a lot of time. Once large handfuls of ashes flew from the sky and the spot fires got too near for comfort we were evacuated to a hotel. So for the last days of internships I was living in a hotel and eating take-out everyday. What an interesting way to end my internship! As a result, my supervisor and the leadership team decided that it would be better if I finished the last week of my internship at home to which I agreed. I am now working on translating the fire briefings of the Team 1 fire team into Spanish which is amazing. I am so happy that I am able to help during these uncertain times and I am still able to help the Spanish-speaking community in ensuring they receive important information.