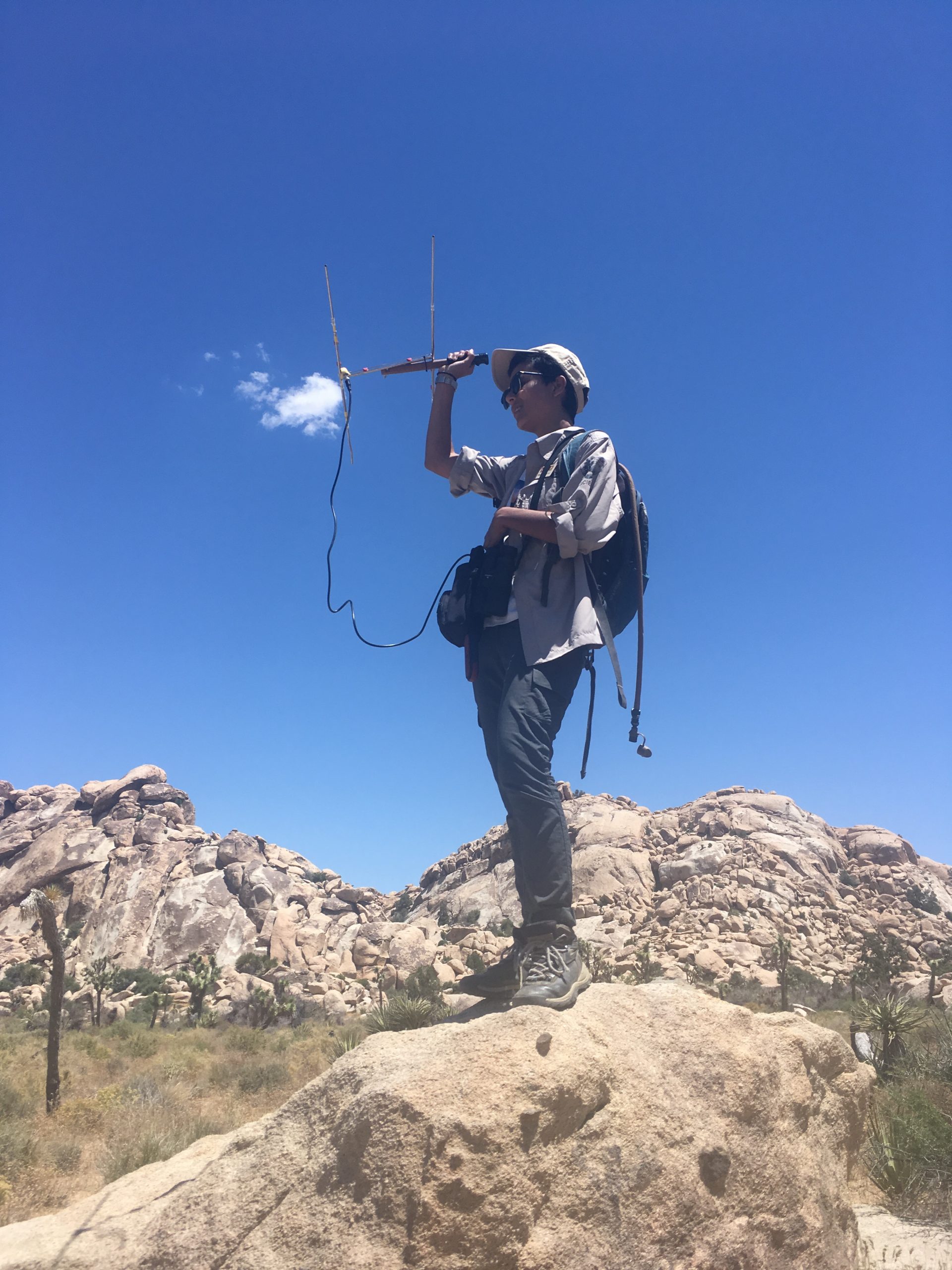 07 Jun Finding Tortoises in the Desert

Joshua Tree encompasses two deserts: the Mojave Desert and the Sonoran Desert. The Mojave Desert is, of course, characterized by its endemic Joshua Trees and desert bushes, such as Creosotebush. Distinctive wildlife include the Chuckwalla (large! lizard!) and the Mojave Rattlesnake. Topping the list with greatest plant diversity of any desert on the planet, the Sonoran Desert cozies up next to the Mojave within the park. The Sonoran section of the park is characterized by its extreme unforgiving heat, as it lies in the lower altitudes of the park. Given its extreme conditions, it’s surprising to find that this ecosystem can sustain over 500 species of plants. All of this diversity, however, is not present in the park. The most iconic parts of the Sonoran may be in Arizona, where the Saguaro cactus is its most noticeable feature. Still, it is incredible to stand in the Pinto Basin where, in the afternoon, it can reach up to 120 degrees (F). It’s a wonder anything can survive these harsh conditions at all. Then you see a lizard scurry through fine sediment, a Jack-Rabbit bounding away, and if you’re lucky, a Desert Tortoise lying in some shade.

The Desert Tortoise doesn’t seem to have a preference for either desert, they are found all over the park and our tagged tortoises are distributed well in both regions. Prime tortoise habitat is found by the park roads, not because they like roads, but because both roads and tortoises are looking for the same thing: easy crossings through mountains. Because of this, the population of tortoises in the park has been threatened as they fall victim to road killings as well as habitat loss. In order to understand more about it’s ecology and how conserve the species, the park has had a long running (15 years) tortoise tracking program. Currently there are 15 tortoises who have had a transmitter placed on the front of their shell. The transmitter has an antenna that, through battery power, is constantly sending out a signal. The antenna is taped down around the front of the shell (nearest the head) so that it doesn’t get in the way of tortoise behavior, i.e getting stuck on branches or affecting mating. That is important to note, since many tracking projects may receive ethical scrutiny to ensure researchers are not adversely affecting their study species. I spent two days this week getting to know the home ranges of each our tortoises. Where are they usually found? Where are its burrows? To my surprise, some of these tortoises seem to be climbing through huge rock piles and have been found on top of mountains (at least what would be mountains to them)! We use a receiver to listen to Boop boop boop’s (on a metronome) emitting from the tortoises’ antenna to track and get a visual on them. Most of the work requires wandering through a territory trying to follow the loudest, highest pitched boop that will lead us in the right direction. On my first experience tracking I walked right past my tortoise! I realized after noticing that the boops behind me were suddenly louder than the ones in front of me. On another tracking adventure, we found the tortoise underneath the rock we had been standing on the whole time trying to get a stronger signal! We felt silly, however apparently, this is a common occurrence. We just need to get a keener tortoise eye! By getting a visual on these tortoises we can track things like: the health of the tortoise, interesting behaviors, their territory ranges, whether or not they seem to stay away from the roads and what they might be eating. I’m really excited to dig more into the data and see what the last 15 years have taught the park and the world about these amazing creatures!