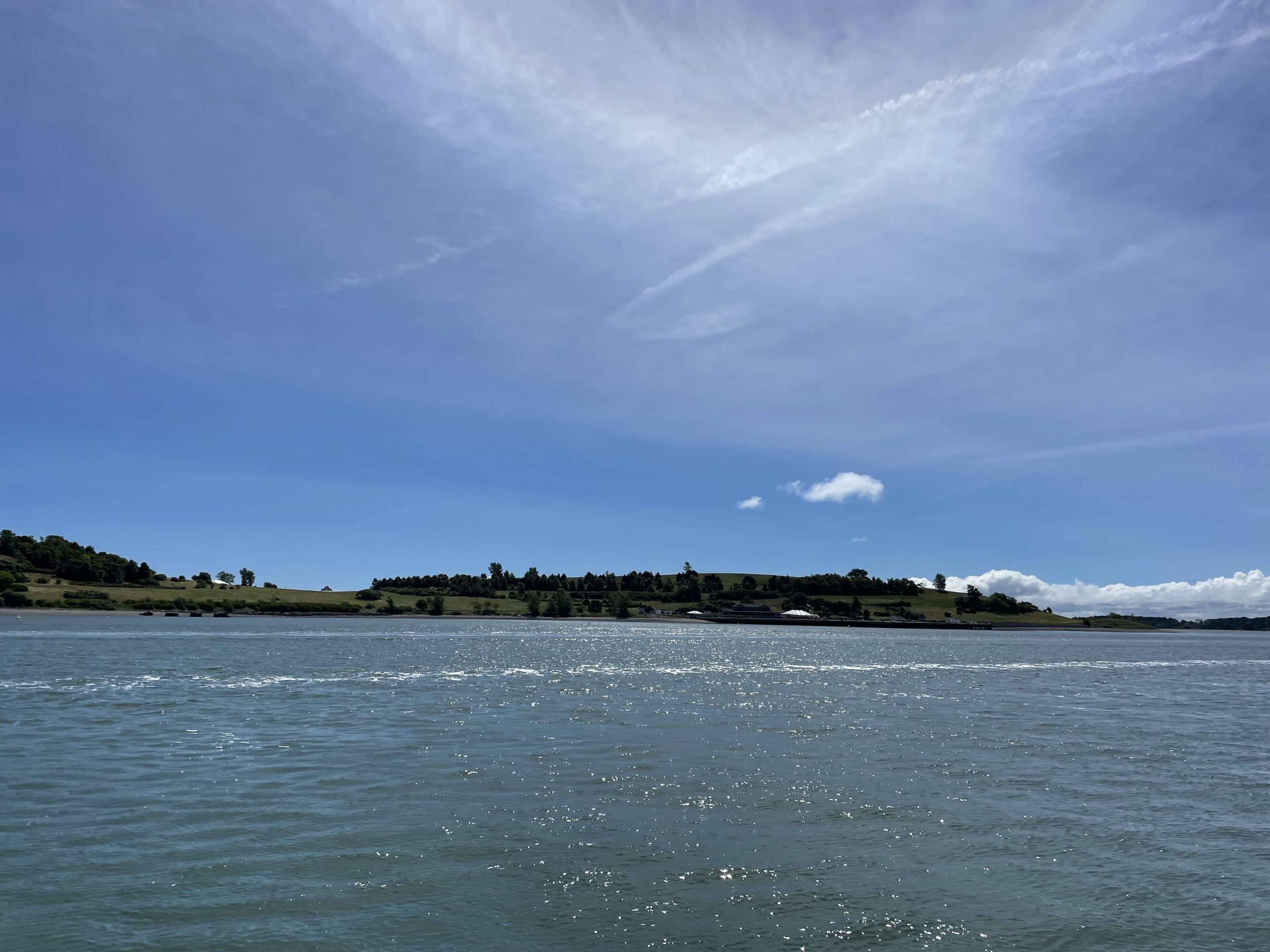 The National Parks of Boston are three unique parks connected by stories of revolution. They include Boston African American National Historic Site, Boston National Historical Park, and Boston Harbor Islands National and State Park. Along with the National Park Service, several partnership organizations from the Federal, State, Municipal, and Private levels work together to collaboratively manage and preserve the history and environmental revolution of the islands. Out of the 34, only four are open to the public for several recreational activities, including swimming, hiking, camping, and sightseeing. The four Islands open to the public are Georges, Spectacle, Peddocks, and Thompson.

This summer, I will be working specifically with Spectacle Island, creating a self-guided map activity for children and families to follow as they’re on the island. A few weeks ago, I had the opportunity to visit Spectacle Island for the first time with a group of students on a field trip led by the EYVE team to learn about its extensive history and restoration.

Spectacle Island wasn’t always as beautiful as it is now. Before it became the beachy island it is today, Spectacle Island was effectively a trash dump. Starting in the early 19th century, Spectacle Island was used for its remoteness from the city of Boston. A horse rendering plant was built in 1857, followed by a trash incinerator, which remained active until 1935. After the incinerator closed, people started throwing their trash on the island and would continue to do so for the next thirty years, earning it the nickname Trash Island. The island remained a smelly dump until the island cleaning efforts and reshaping began in the 1960s. Landscape architects were brought to design Spectacle’s future, carving out five miles of trails and building an ecologically friendly Visitor’s Center. Finally, native and non-native grasses, trees, and shrubs were planted. In 2006, Spectacle Island opened back up to the public, and once again, it became a place thriving with vegetation and personal recreation.

Though you can’t see the trash that was once dumped and piled on Spectacle, you can learn a lot about the island’s past from the remnants scattered around it, like sea glass covering the sand and bits of broken plates from people before.

I’m excited to create self-guided materials for Spectacle so more people can learn about the island’s history and hopefully create more accessibility for those who can’t visit.