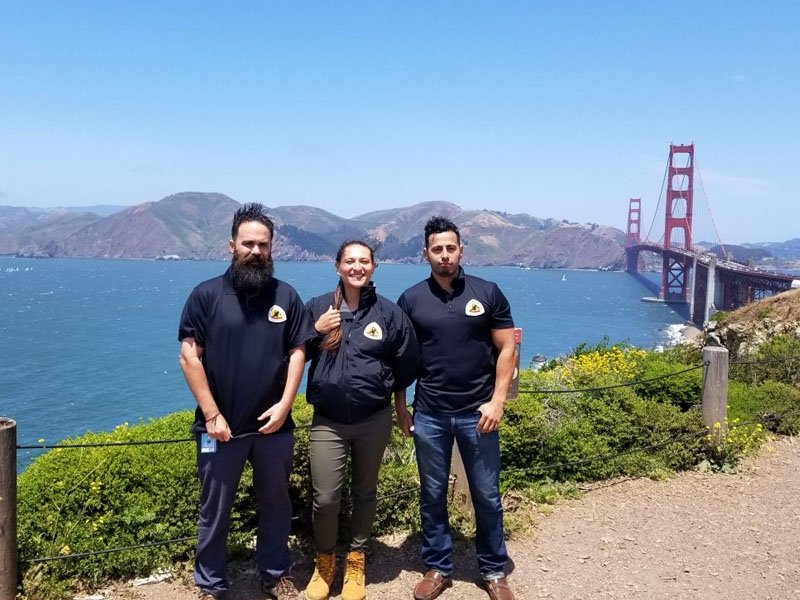 Posted at 20:46h in Blog by Ximena Cuervo 0 Comments
0 Likes

My site has many sites! The Juan Bautista de Anza National Historic Trail (JUBA) extends from Sonora, Mexico, to the San Francisco Bay. It covers over 1,200 miles throughout the West Coast. Be sure to look out for the JUBA National Park Service trail logo the next time you’re driving or hiking up and down the coast!!

Before I introduce a brief summary of the history of the trail, I want to hold space and have a shout out for the native communities whose lands Anza traveled through: Quechuan, Chumash, Yuma, Ohlone, I’odham, Tongva, and more. The aid and friendship of these Native American allies made the expedition a success.

Juan Buatista de Anza pursued an exploratory expedition in 1774 into Alta California, where he discovered the beautiful land of the San Fransisco bay. This prompted him to begin a colonizing expedition the following year. In September 1775, he recruited about 30 families of over 200 men, women, and children, of diverse castes of Spanish society–Native American, African, and European heritage–to join him on his journey to settlement. The traveling town had its settlers, military escorts, cowboys, mule packers, and 1,000 head of livestock. Along with Anza were major leaders for the journey such as the Franciscan priest Pedro Font, priest-explorer Fransisco Garces, Yuma Chief Salvador Palma (Olleyquitequibe), and Cochimi Indian Sebastian “El Peregrino” Tarabal. There was only one fatality during the trip, and it was a maternal mortality after childbirth. On June 27, 1776, the expedition families arrived to San Fransisco! Spain was able to establish its upper most colony in Alta California, and the colonists were able to obtain the better livelihoods they wished and risked their lives for.

“The Anza Trail tells the complex story of migration and colonization, of family and community, and of our country’s Native and Latino heritage”-nps/juba

Our office is located near the financial district of busy San Fransisco. Our first week here, we took field trips to a couple sites that are part of or related to the Anza trail in the Bay Area. We visited the Golden Gate bridge and Presidio area, the Carquines Straight, the Peralta Hacienda, and Mission Dolores, to get a better insight into the history behind the expedition and the aftermath.