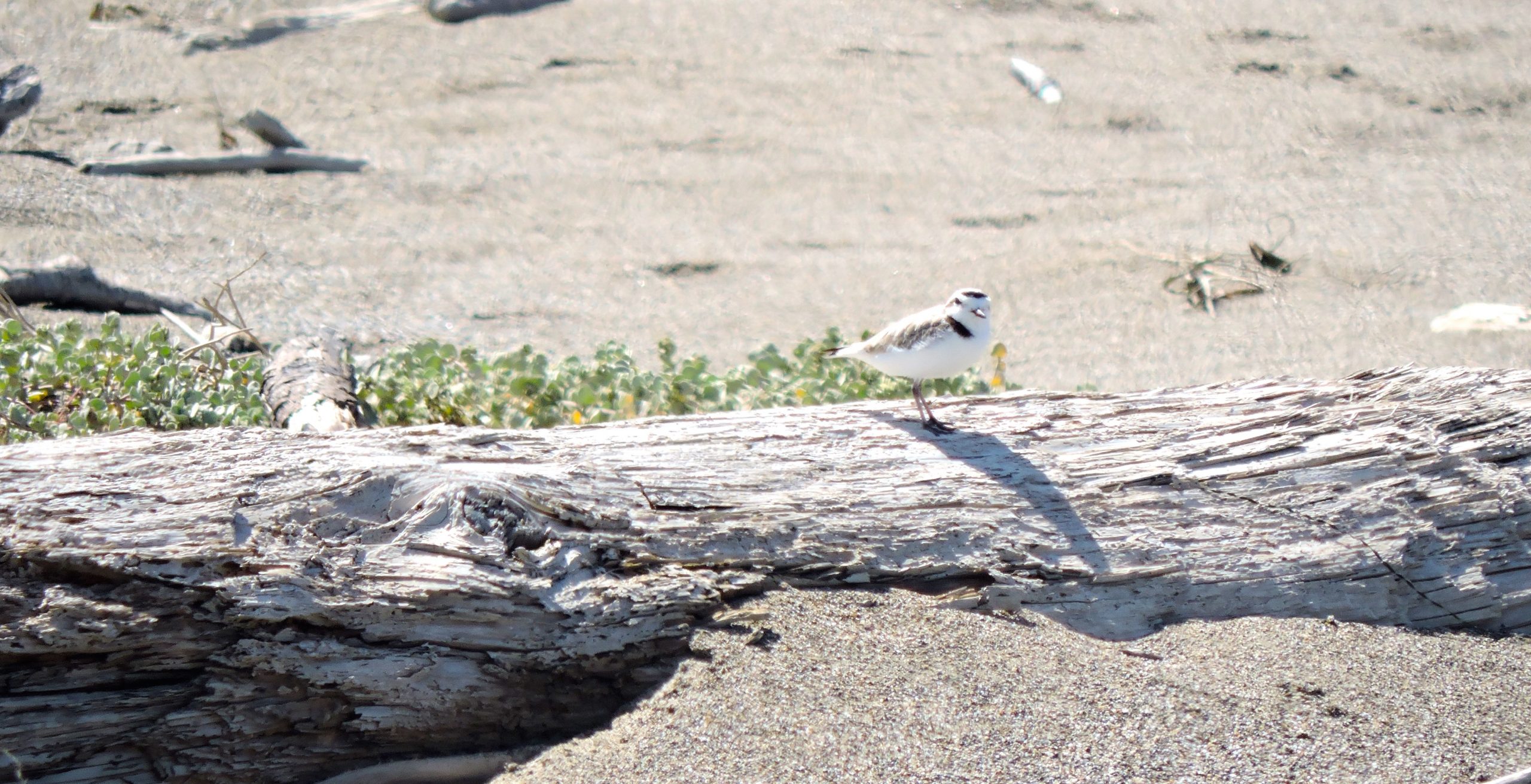 Chorlo nevado (Charadrius nivosus) or western snowy plover in English is a small shorebird that is distributed in the Western coast of North America. Unfortunately, the snowy plovers have been on the threatened list since 1993 due to poor reproductive success that is caused by a great number of disturbances. Threats include high human activity (potentially have caused an increase in predators) in breeding sites and alterations in these sites due to effects of the invasive European beachgrass (A. arenaria) introduced to stabilize sand dunes. Snowy plovers nest from March through September (during the highly visited Spring and Summer seasons). To protect the nesting plovers and their nests and potentially improve breeding success, Point Reyes National Seashore closes beaches that are known as suitable breeding habitats and where nests are observed. In spite of all the efforts to protect the nesting plovers, significant amount of nest failures have been recorded; mostly because of predation by common ravens.

On Monday June 10, 2019, I had the opportunity to perform a snowy plover nest survey with wildlife biologist Matt Lau (who ironically happens to be a Humboldt State graduate!). We walked about 2.5 miles along the beach (from Abbotts Lagoon to North Beach) and we surveyed the coast (using a line transect sampling design) where we carefully looked for snowy plovers and nests. The weather at this location, especially early in the morning tends to be cool, windy and foggy. However, the weather had different plans and we were exposed to humid and sunny conditions throughout the entire survey; coupled with the tough to walk-on sand. We did not find a nest or plovers during the first 40 to 50 minutes of the survey. It was hot, my backpack felt heavier with each step and my feet seemed to sink deeper and deeper into the sand. This reminded me of my only experience as a field biologist during my class study for my wildlife techniques class. In which I walked in muddy, steep and extremely vegetated areas in the Arcata Community Forest as I looked for sites to place artificial nests. This is what field research is all about, but instead of complaining about the conditions the entire experience is worth the sweat, sand-filled shoes, muddy pants—it’s all worth it because the data that is collected can potentially help threatened animals such as the snowy plover. 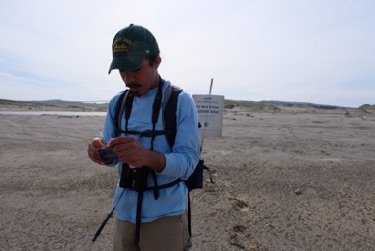 Shortly after the initial 50 minutes, Matt spotted a pair of plovers that I completely missed with my poor binocular surveying technique. When I said that snowy plovers were small, I meant it (they also blend in well). After pointing out the location of the pair, Matt carefully scanned the area to look for a potential nest, but we could not find one. He also pointed out that the female looked larger, likely because it was close to laying an egg. We continued surveying the beach and we were fortunate to see a few more individuals and we even spotted two tiny plover chicks towards the end (major highlight).

I should note that it’s necessary to share with you that we found a failed nest site that had been observed to have two eggs. We ran across multiple common raven (we observed a significant amount of ravens during the entire survey) tracks in the area and eventually we also found the cracked shells of the snowy plover eggs. The sight of the failed nest took the air out of the moment. It was extremely sad because we had knowledge that more failed nests have occurred this year than failed nest observed last year (and it’s only June). I have seen lots of injured and dead wild animals due to my volunteering experience at the California Wildlife Experience (it’s always sad even though I am accustomed), but seeing the remains of the predated nest provided me with the reality of being a wildlife biologist. 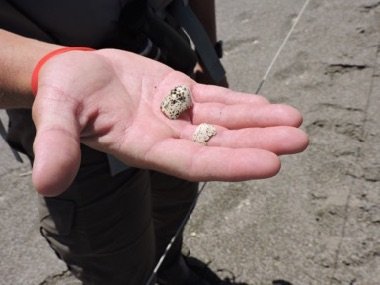 It is more obvious to me now why wildlife biology is a difficult career. Dealing with the climate is a challenge. Dealing with the hours of collecting and analyzing data is a challenge. Identifying the best methods to perform your research is a challenge. Developing a hypothesis is difficult. Writing reports based on your findings is a challenge. Observing the remains of the predated eggs of a threatened species was a life changing experience. This blog was titled: something I learned—not only did I learn how a survey for snowy plovers is conducted, I learned a lot about the species and I also learned that I want to continue pursuing a career in this field. It’s worth it.

I must thank my supervisor, Ranger Arreglo for making this experience possible. I would also like to thank wildlife biologist Matt Lau for sharing his infinite knowledge and for  allowing me to get my feet wet (sandy!) in field research—he is a professional. Last but not least, I would like to thank my wildlife techniques professor Dan Barton for everything I learned in his class (and for his inspiring words on field biology during the 311class trip) and thank you to my inspiring ornithology professor Mark Colwell whose passion for snowy plovers (and all birds) is unmatched. 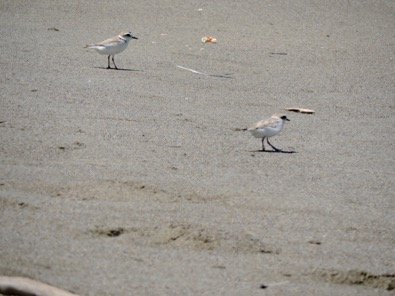