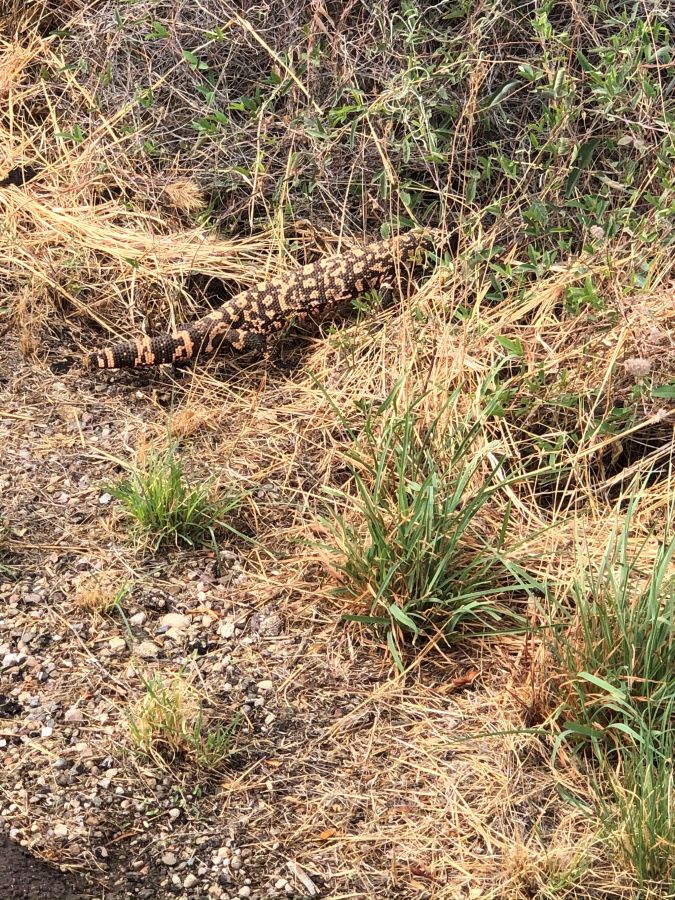 I have been so amazed at the diversity of wildlife I have seen at the park during my internship. At the beginning, I thought it was too hot to see such diversity, but Saguaro National Park has proven me wrong. I have been able to see the diversity in habitats that the park offers, which allows for diversity of wildlife. When people think of the Sonoran Desert, they usually just think of dry cactus forests. While Saguaro National Park does have the cactus forest habitat, I have also seen such chaparral greenery in higher elevations, rocky slopes lower elevation, and even mid elevation green mesquite Bosque. I think Saguaro National Park has so much more to be discovered than many people realize. If people are up for challenging themselves, they would be able to see the different kinds of beauty Saguaro has to offer, rather than just the textbook desert vegetation and wildlife.

Due to these differences in habitat, Saguaro National Park’s wildlife is flourishing. Since my team uses cameras for our survey of butterflies, we often take photos of wildlife we come across. Looking back at those photos always has me in awe that I was actually able to witness those beautiful creatures. One of the best memories I have is witnessing a big bird of prey ride the thermals in circles about 15 feet above me at the top of Wasson Peak. It was a nice sunny day and I could see the sky through the tips of its feathers. That sight was absolutely beautiful, and fellow intern Mallary actually got a stunning photo. Some of the other cool wildlife we have seen are coatis, coyotes, a skunk, tortoises, Gila monsters, javelina, deer, and snakes. We have also found bear tracks in the higher elevation which was so amazing. Sadly, some of the animals we saw were passed away, but it’s a natural habitat, so that is to be expected. 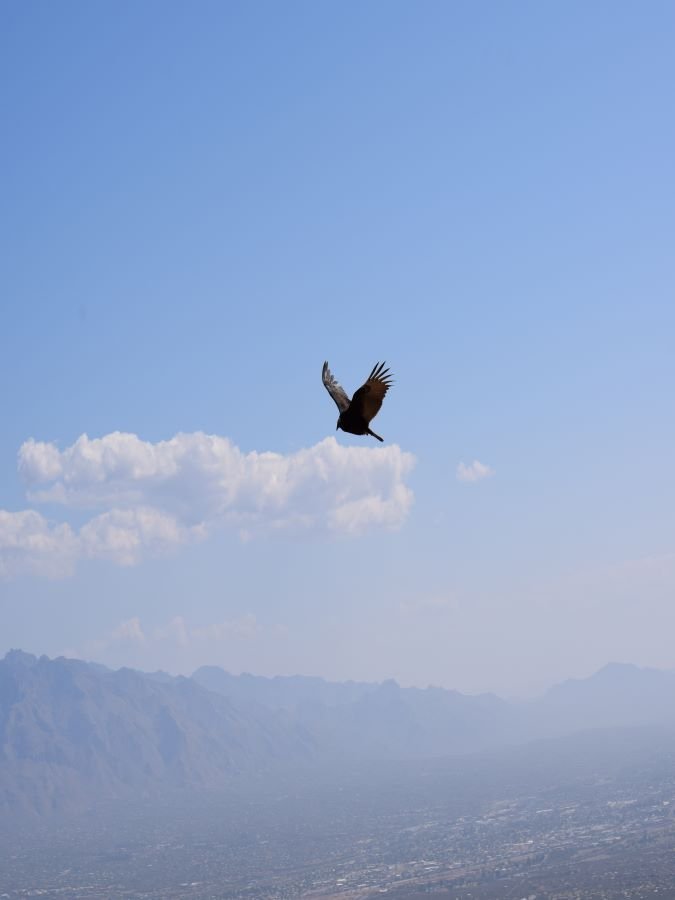 My favorite thing the park is doing to have the visitors engaged with the wildlife is encouraging the opportunity to participate in citizen science. The park is currently collecting a database on Gila monsters found in the park. Gila monsters are the largest lizards native to Southern Arizona. Each Gila monster has a unique pattern of beadlike skin which can be used to identify individuals. People are encouraged to take photos of the Gila monsters from a safe distance, since they are venomous. A bite from a Gila monster is dangerous and could easily land you in the hospital. But, once the photo is taken, visitors are encouraged to send them to the park’s Gila monster research email. The park’s researchers will then identify the individual and get back to the visitor about any information on the individual. If the individual has not been identified before, the park will name it after the person who took the photo. I have seen two Gila monsters during my time at the park, so I will definitely be sending in my photos to learn more about the individuals. I think it’s such a cool and interesting opportunity for folks to participate in science at the park. Seeing the Gila monsters and other wildlife has brought me joy during my day-to-day hiking, and I hope other visitors will get the chance to experience all the beauty of Saguaro National Park’s habitats, just as I have.