Apart from a warming introduction to the park, the first updating news I received when I got here were that a wildfire –named Coyote Fire for operational purposes- caused by lightning, was exten

ding on the top of the mountain to the wilderness and backcountry areas. Following this, the day after it was announced that due to the ongoing emergency almost all the hiking trails of the park would be closed until further notice. A wildfire in the park seemed not to be good news, and something to worry about. As I was getting acquainted to the situation, the park and the staff, I comprehended that the Coyote Fire was not as bad as it sounded. Actually the Guadalupe Mountains have had a high frequency of wildland fires for centuries prior to settlement. Frequent prescribed low intensi

ty surface wildland fires that rarely damage the trees under which they burn have a positive effect in the biodiversity of the ecosystem. They encourage or limit the spread of various plant species and insects, creating a variety of parkland stages by affecting plant succession, which in turn provide a more complex community of food and cover, increasing the number of wildlife species living in the burned regions. Fires also prevent fuel accumulation that would set the conditions for larger and more destructive fires. 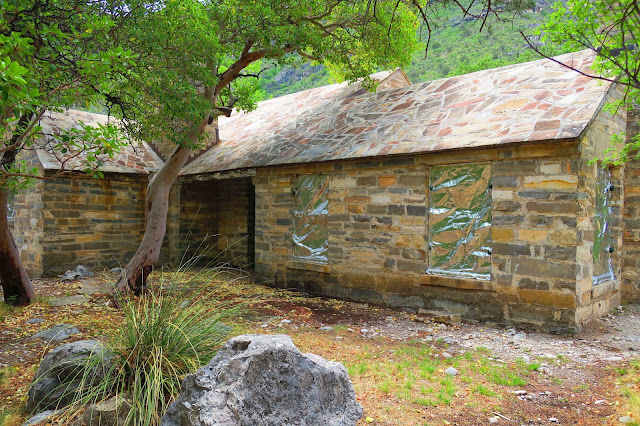 It was very interesting to witness the broad scope of work necessary to get advantage of a wildland fire and to mitigate the damage caused by it. Actions ranging from permanent fire monitoring, digging fire lines, protection of the historic built environment and sensible ecosystems containing endangered species, as well as the conditions assessment and rehabilitation of hiking trails and archeological sites, were performed for over 200 NPS professionals during more than three weeks.

Now that intense rains helped to put the fire off, and that the park conditions have been assessed and secured, all the hiking trails of the park have been opened to the public again. I’m curious to see how a landscape that has been disrupted by a powerful natural force looks like. I’m also excited to explore the backcountry areas where I will be performing historic preservation efforts on the cultural resources.