As I’m finishing my third week of my internship, I have learned a lot about Wupatki and everything it has to offer. I’ve spent a lot of time roaming the trails by myself to get acquainted with everything, so that I’ll be ready to answer any visitor’s question at any moment! I thought this would be a great time to summarize the main pueblos I’ve learned about since I’ve been here, and hopefully it will convince you to visit if you’re ever in Northern Arizona.

This pueblo is located by the rim of an earthcrack. This open area is known as the plaza, which was the center for many daily activities such as grinding corn, making pottery, and making food. There are also two limestone dwellings built on the edge of a small canyon as you walk your way towards Lomaki. I really enjoy this area because it’s a popular spot for Eastern-Collared Lizards. 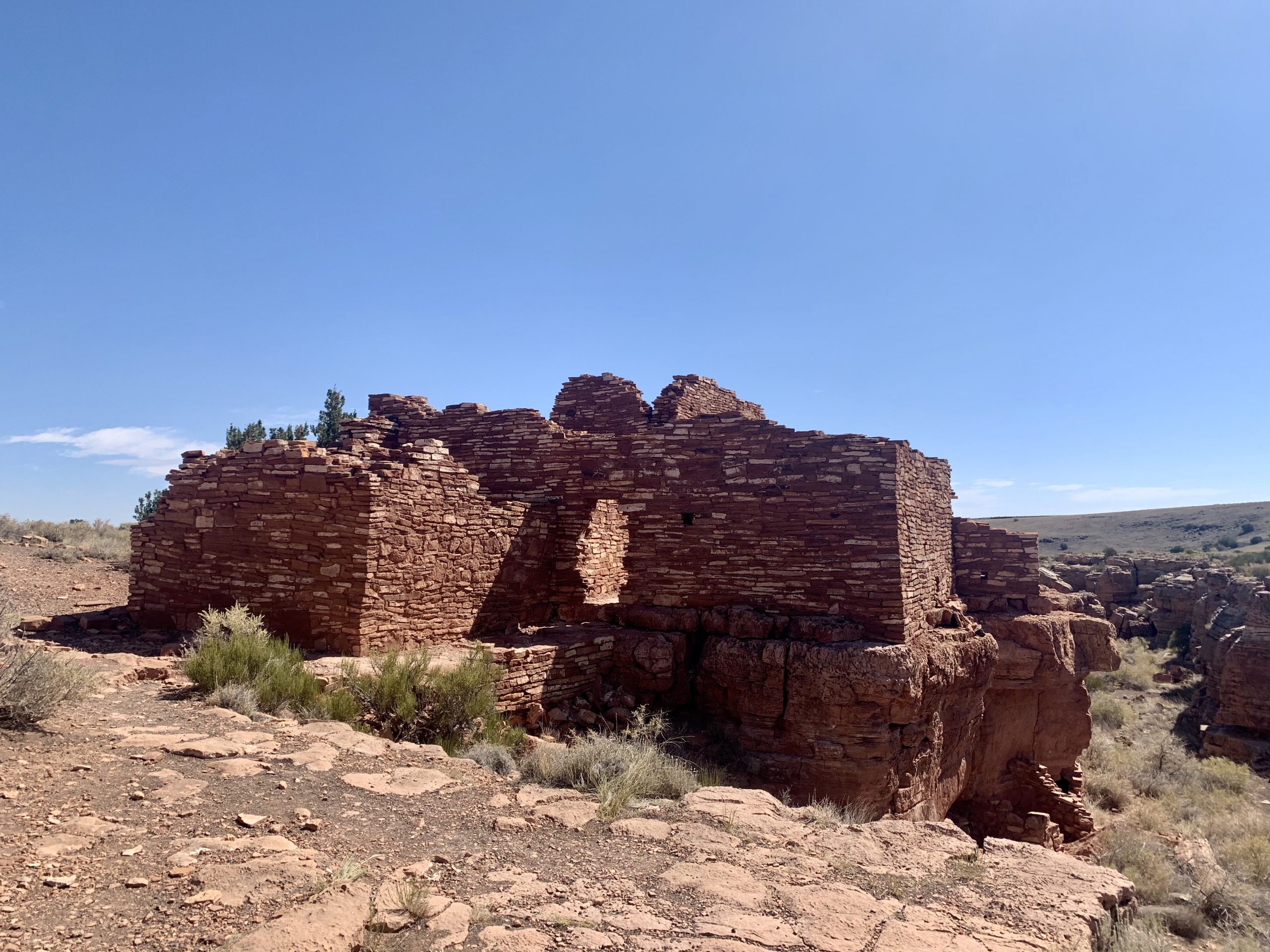 Entrance to the Lomaki Pueblo with the earthcrack in the background. 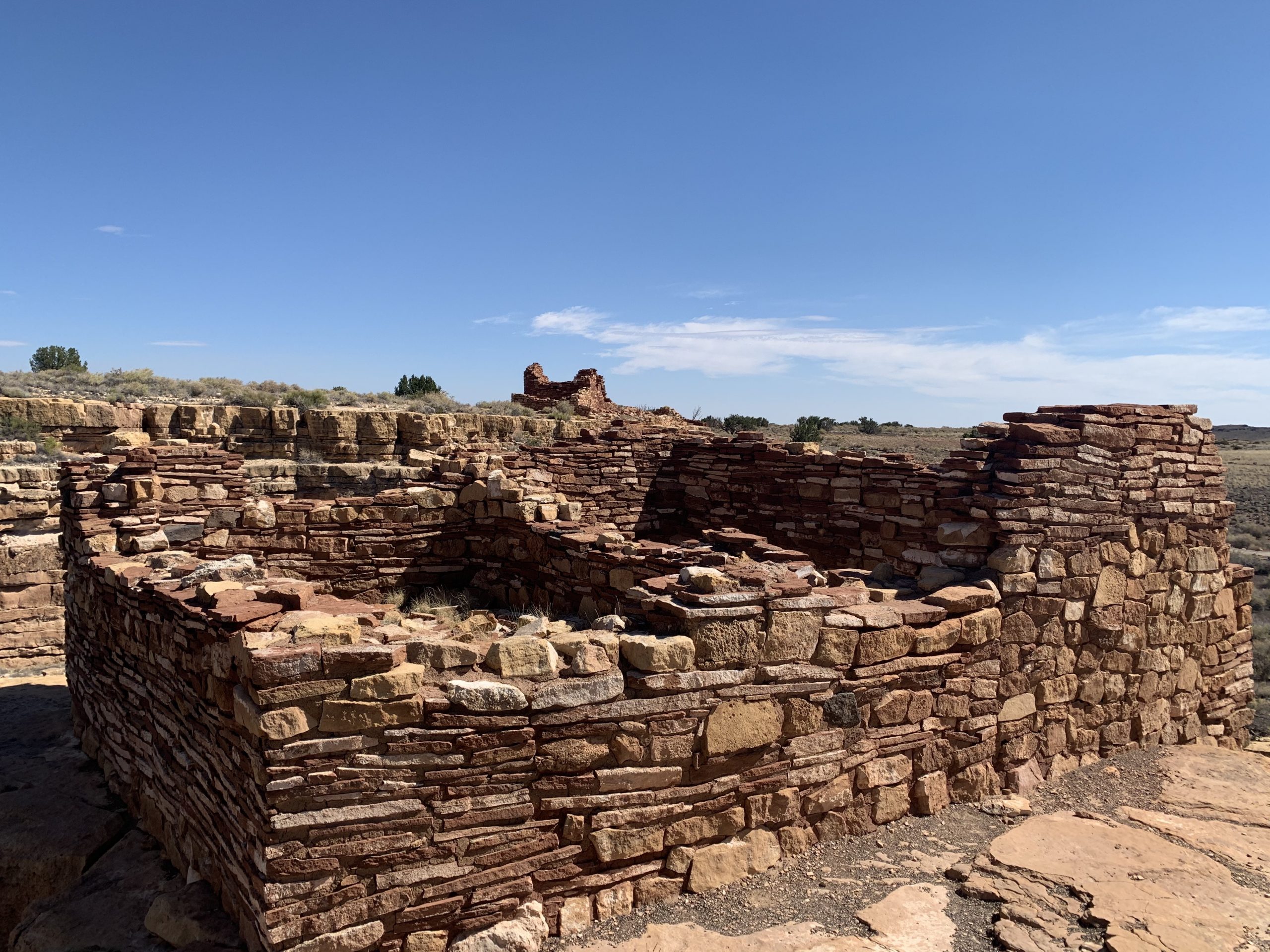 The Citadel trail takes you to the top of a 50-room pueblo that was built on a cinder hill. I think the Citadel is super beautiful because the red sandstone structure contrasts with the basalt that is at the base of it. At the base of the hill is Nalakihu, which is a smaller sandstone structure. This is probably the steepest hike, but it’s worth it to get to the top to see the view of the San Francisco peaks and the large limestone sink that’s behind the pueblo. 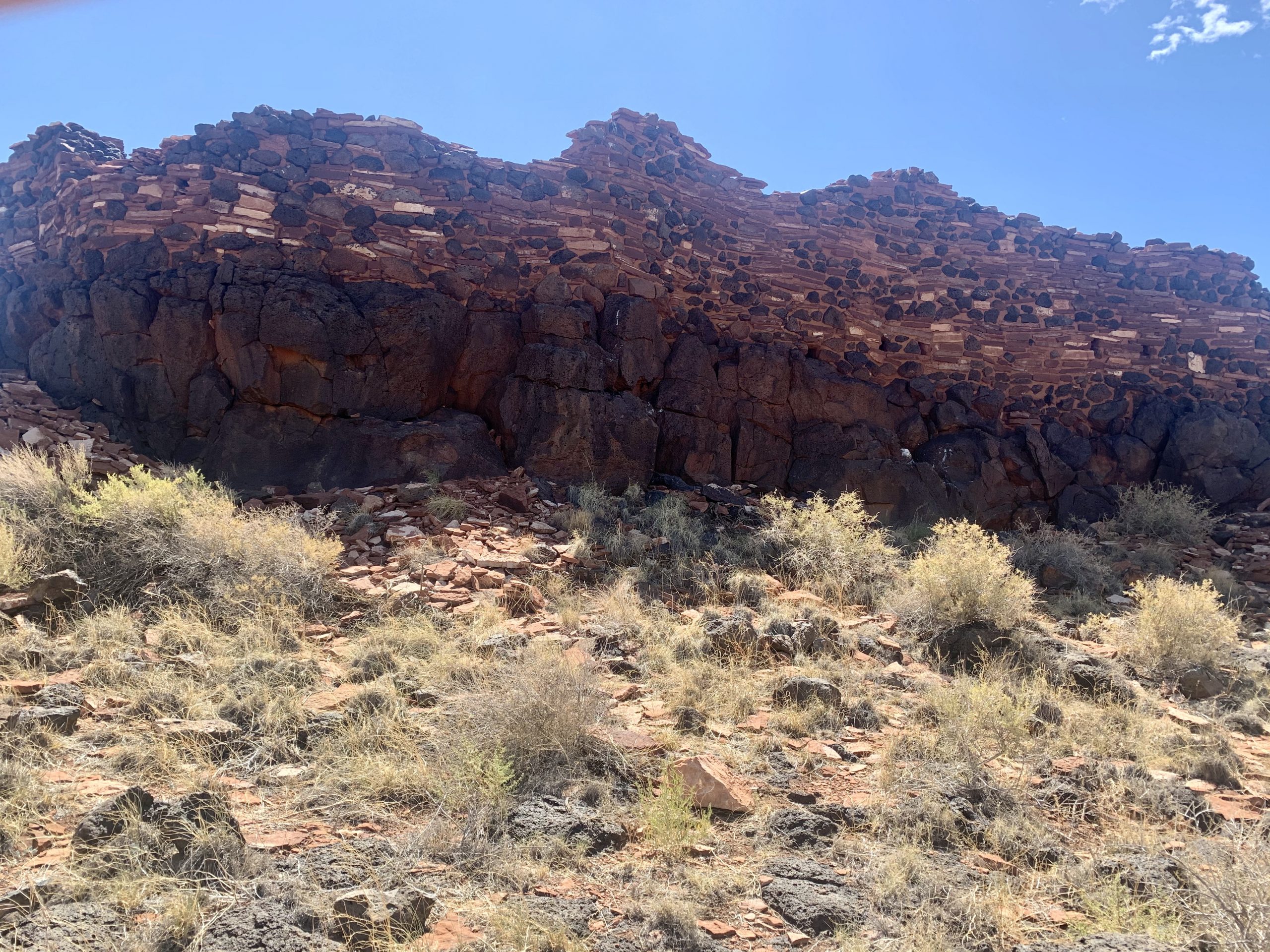 The outside of the Citadel. 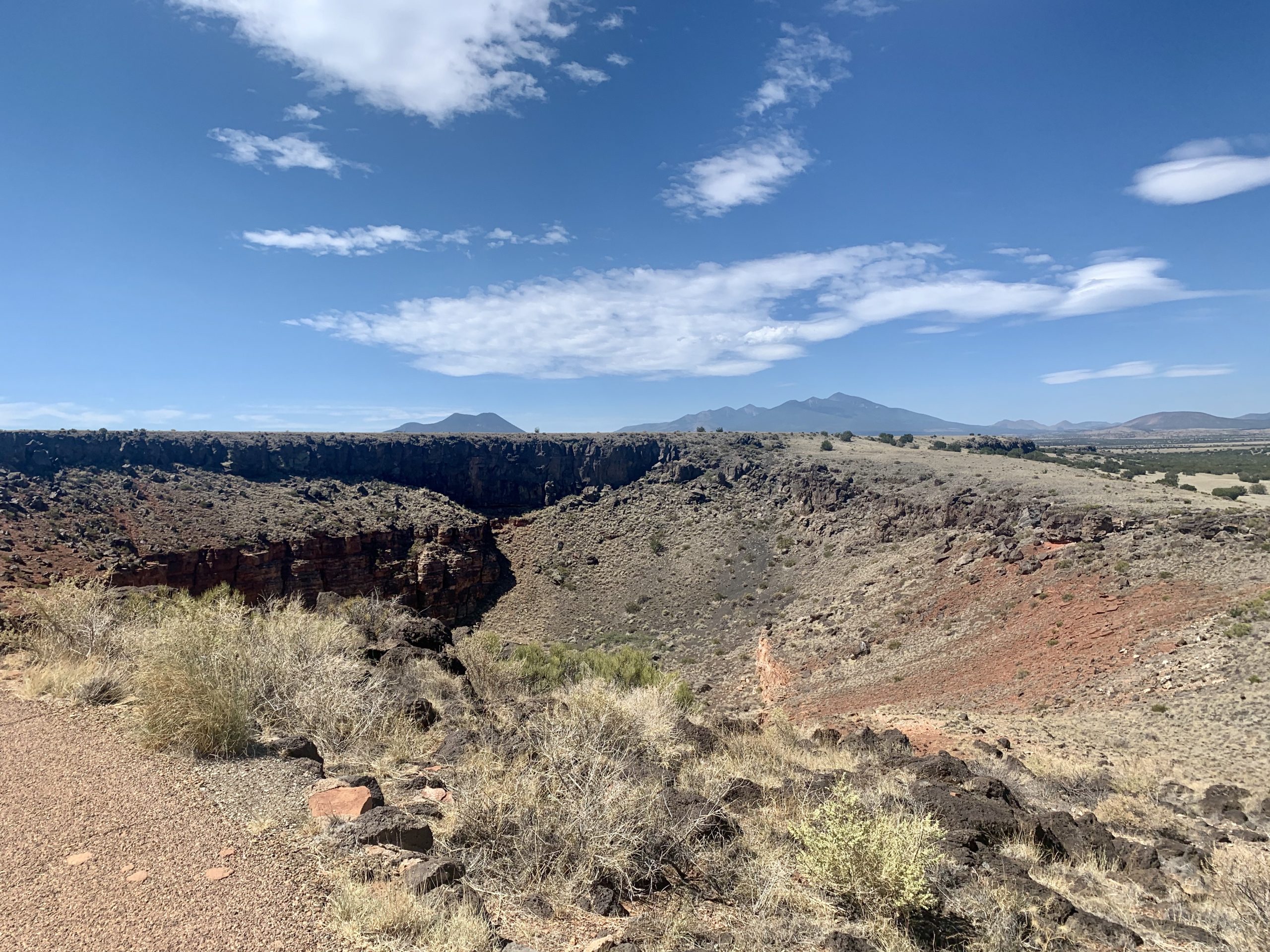 The limestone sink behind the Citadel. Overlying basalt fell through the sink.

Wukoki is my favorite trail because the trail goes around and into a three-story sandstone tower. Wukoki means “Big House” and was once home for two or three Native American families. This pueblo was built on top of a large sandstone outcrop and can be seen from Wupatki if you look for it. When you walk through Wukoki you’re able to walk through three different rooms 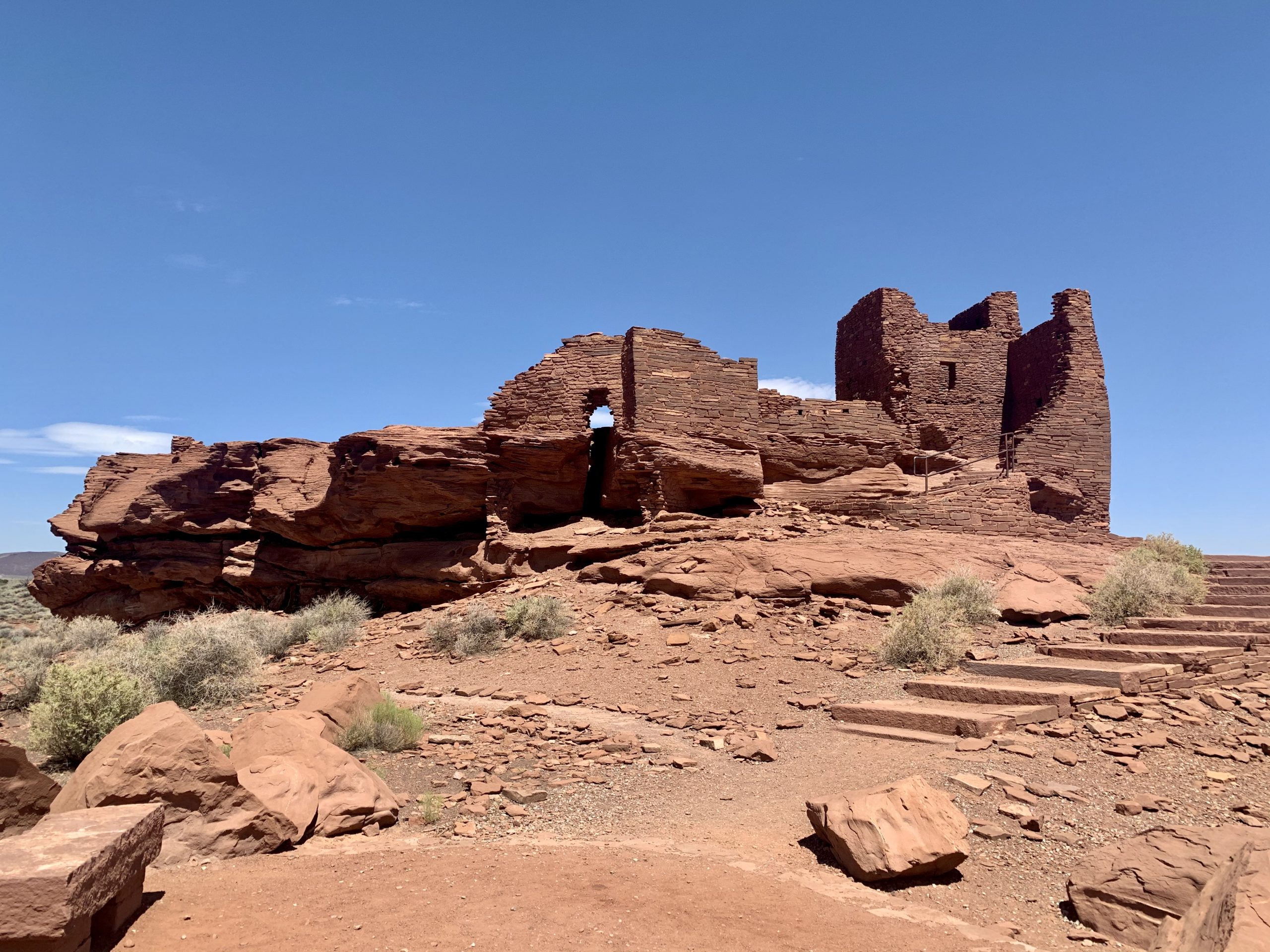 The Wukoki ruin on top of a sandstone outcrop.

Inside of one of the rooms at Wukoki. The left door leads to a closed room with high walls, and the right room leads to an open area of Wukoki.

This is the pueblo that the monument is named after, and it isn’t hard to see why. Wupatki was first inhabited around 500 AD. Wupatki, which means “Tall House” in the Hopi language, is a multistory Sinagua pueblo dwelling comprising over 100 rooms and a community room and the northernmost ballcourt ever discovered in North America, creating the largest building site for nearly 50 miles. 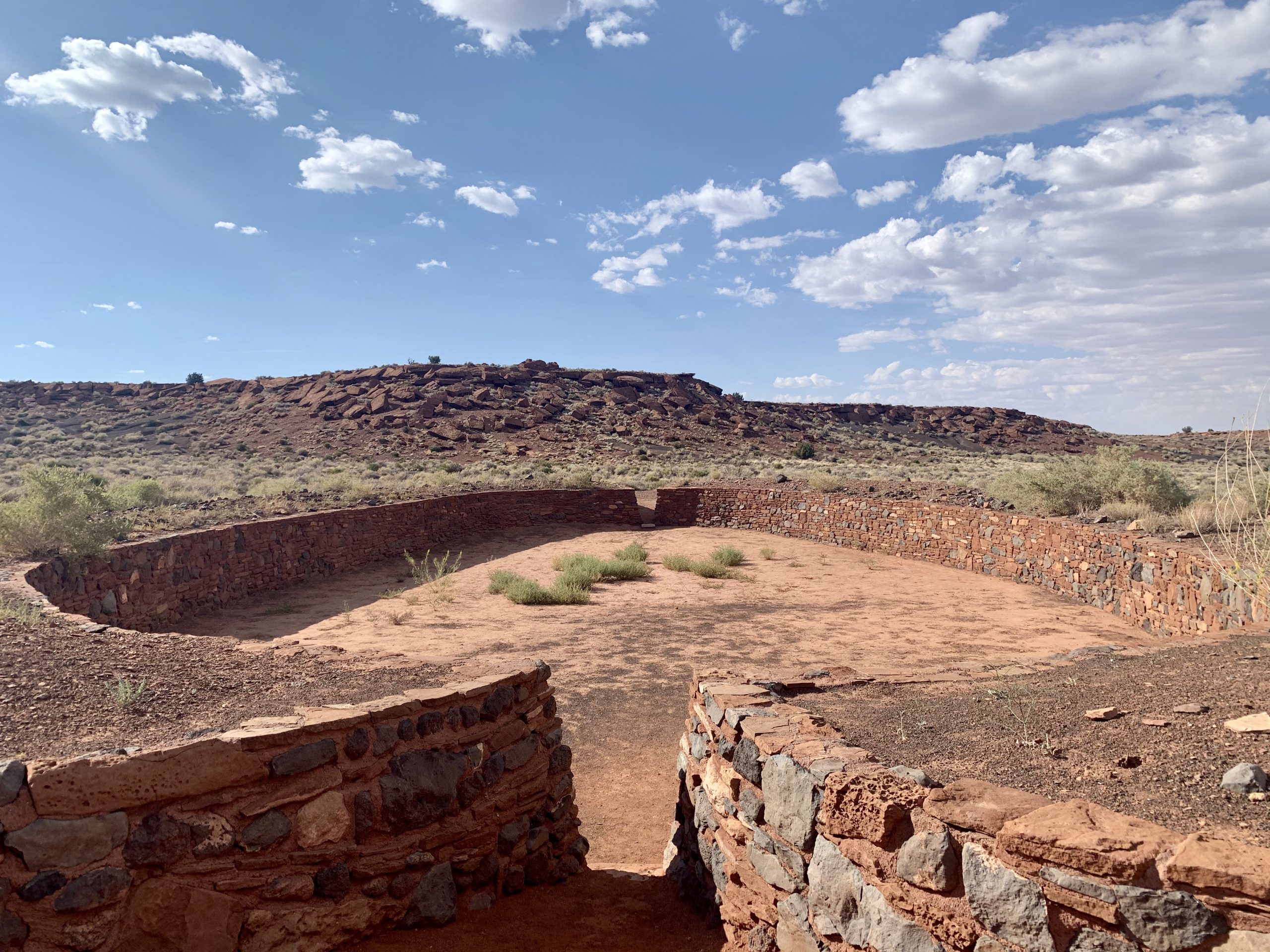 This is the oval shaped ball court that’s next to the ruin. 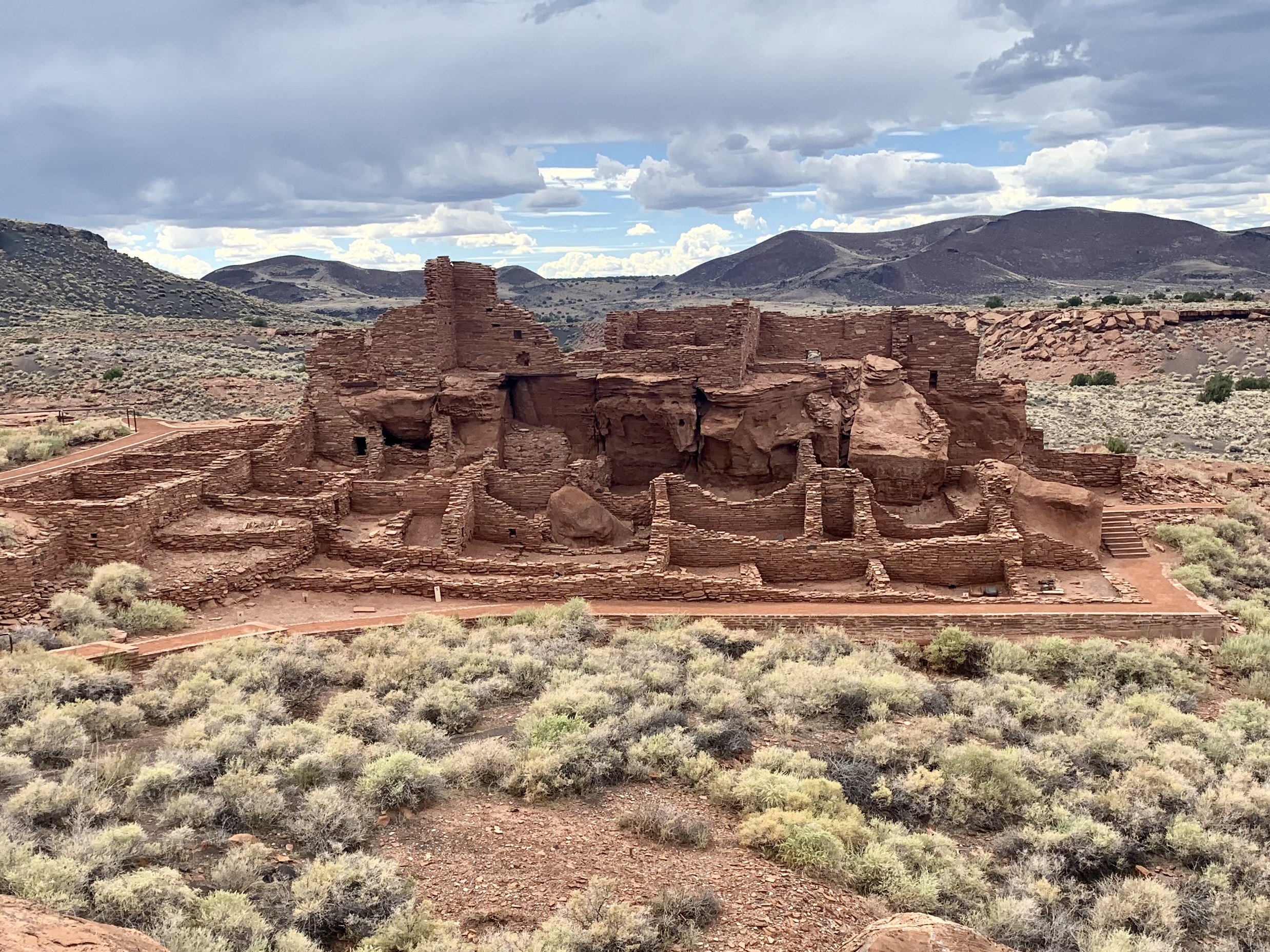 This is the view of Wupatki from the overlook.

If you’re ever in the Flagstaff area, I would definitely recommend stopping by to learn more about the area and the rich culture that was built here on these lands.