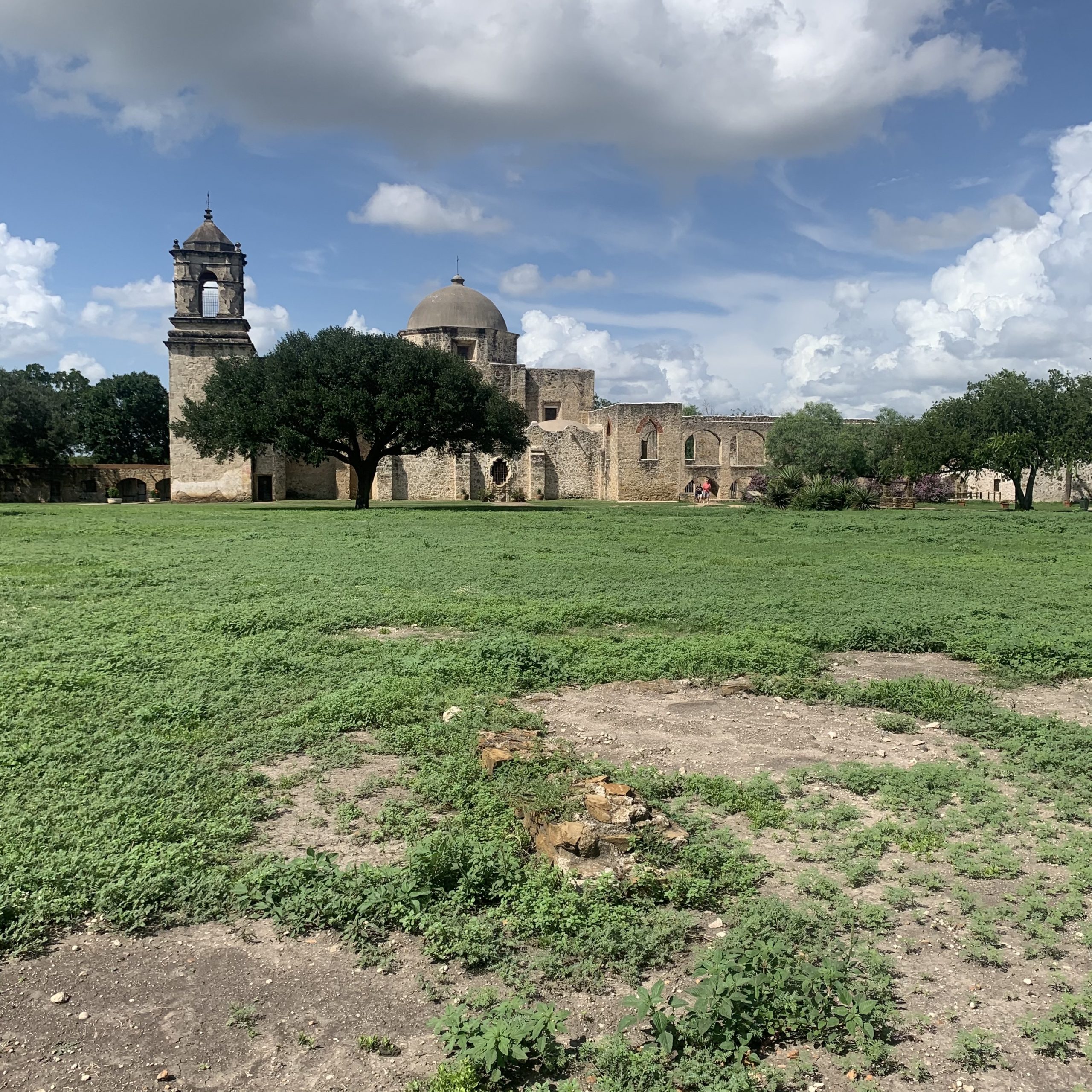 This week, I began writing my first draft for a report that I will be producing for the San Antonio Missions National Historical Park. Writing has given me the opportunity to go through everything that I found for my research project, and has allowed me to reflect on my internship experience. While many archives and libraries have opened their doors to researches, as I expressed in my previous blog, others still have them closed or are slowly transitioning to reopening. This has unfortunately impacted my research and the overall trajectory of my project.

One of my tasks was to try to uncover what happened to the burials at Mission San Jose during its restoration project. There are many rumors as to what happened to the burials and one piece of evidence that could shine light on that question would be the Harvey Smith fieldnotes. Smith was one of the architects that lead the restoration project in the 1930s and his collection is stored at the University of Texas in Austin. Unfortunately, their library and archives have been closed throughout the majority of my internship and only recently opened up to UT students, faculty, and staff. Therefore, I do not believe that I will have the opportunity to view his collection before I finish my internship. Another collection that could help me with my project would be the collection of Adina De Zavala. She lead a restoration project at San Jose during the early 1900s. However, her collection is also at UT.

Another factor impacting my research is the lack or loss of written records. As a history graduate student, I am accustomed to hearing that certain records were “lost in a fire.” Countless of valuable information has been lost due to fires, floods, or mismanagement overtime, and certain records that could have been useful to my research have also been lost. The first two book of burials for Mission San Jose that recorded burials from the missions inception until 1780 were lost. Luckily, the last book of burials was preserved and microfilmed. There are rumors that burials from Mission San Jose were relocated to a cemetery on the westside of San Antonio during restoration, however, when I called to inquire about those records, they informed me that they were lost in a fire. There is another rumor that burials were relocated to a small cemetery located only a few blocks from Mission San Jose, however, the book that contained burials locations and information for that cemetery was lost over time.

Writing about history isn’t always about answering a historical question or proving a hypothesis. Historical research can be impact by countless factors that could affect the projects outcome. Sometimes, historical writing is about laying down the foundation for future projects. It is about gathering information from different locations and putting it in one place so that future researchers can access it easier. I might not have a definitive answer to my project by the end of my internship, but I will be producing a report with valuable information in hopes that someone will build upon it one day.