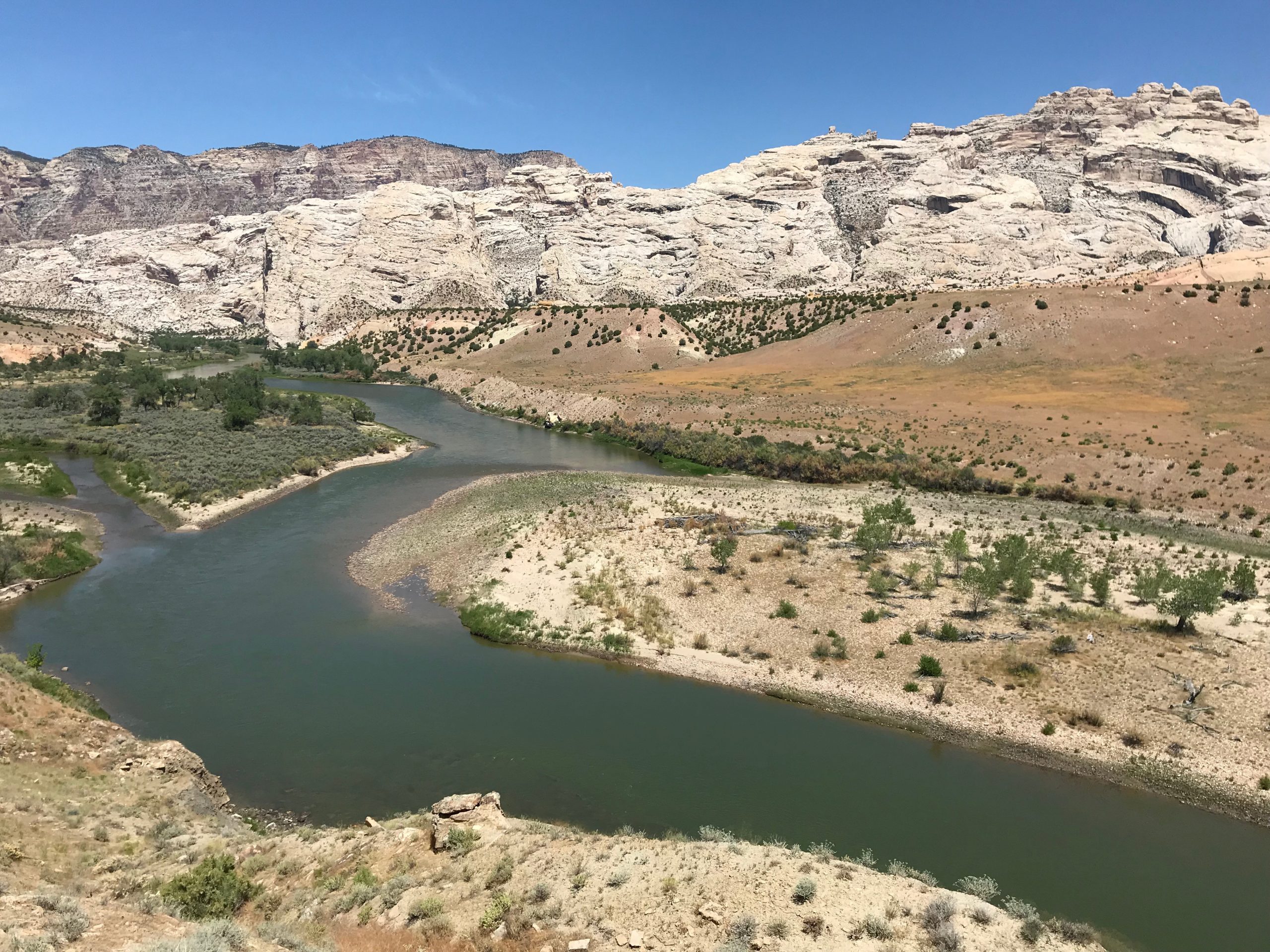 Over Labor Day weekend, I helped out and attended events at “Dark Skies over Dinosaur,” a multi-day stargazing/astronomy/night sky festival celebrating Dinosaur’s recent designation as an International Dark Sky Park. To earn recognition as a Dark Sky Park, Dinosaur has had to prove that it meets rigorous measures for sky darkness, remains open and accessible for citizens to enjoy the dark sky, and takes steps to conserve the darkness. In part, keeping the park dark and limiting light pollution means using light fixtures that face the ground and are the right color/temperature. By meeting all these requirements and going through the designation process, Dinosaur has earned Dark Sky Park classification from the International Dark Sky Association.

Events during the celebratory festival included junior ranger programs on astronomy, viewings of the sun through a solar telescope, documentary viewings of the film “Saving the Dark,” ranger presentations about female astronomers” and several nights of stargazing in Dinosaur. I knew very little about astronomy heading into the week, but after attending a few events I can now tell you a little bit about nebulae, dark-sky friendly lighting, the summer triangle, and a bunch of other night sky related things.

The highlight of the festival was probably the Saturday night of Labor Day weekend, when over 200 people attended a stargazing event at the Split Mountain Campground in Dinosaur. (Split Mountain is pictured during the daylight). During the event, I worked at the welcome table, giving out red cellphone to put over flashlights (so people’s right white flashlights wouldn’t disrupt telescopes or people’s night vision) and handing out star maps. Once in the stargazing area, visitors got to learn from park rangers and a variety of volunteers. These volunteers brought years of astronomy experience plus many of their own telescopes to the event. They let visitors look through their scopes to observe nebulas, double stars, planets, galaxies, and more. I thought the generosity of the volunteers was really special to witness. It is awesome that people drove for hours to Dinosaur so they could share their expertise and gear, giving people a tour of the sky and seeking out anything the visitors to see.

It’s incredible just to be in a place as dark as Dinosaur; you can look up and see the whole Milky Way and probably thousands of stars. Further, there’s a lot of peace in being at a stargazing event at Split Mountain. Everyone stays calm and quiet; the most noise you hear is just gurgling from the nearby Green River. It feels like it’s just you out there under a whole universe of stars. It’s especially cool to follow a ranger’s laser pointer to a constellation you never knew about before or even peer through a telescope to see Saturn’s famous rings.

When the visitors left the Saturday night event to head to bed, they remarked on how amazing their experience was and how much they learned. They walked with confidence without flashlights, showing that they adjusted to the darkness and embraced the night. People remarked to me that they learned about the event only earlier that day and drove all the way from Salt Lake City to join in on the stargazing. A couple from China told me that at home, they’d never have the chance to see stars like they did at Dinosaur. People everywhere just seem to love night skies and stars. In a world with a lot of city lights that keep people from seeing the stars, we’re lucky to have dark skies over Dinosaur.