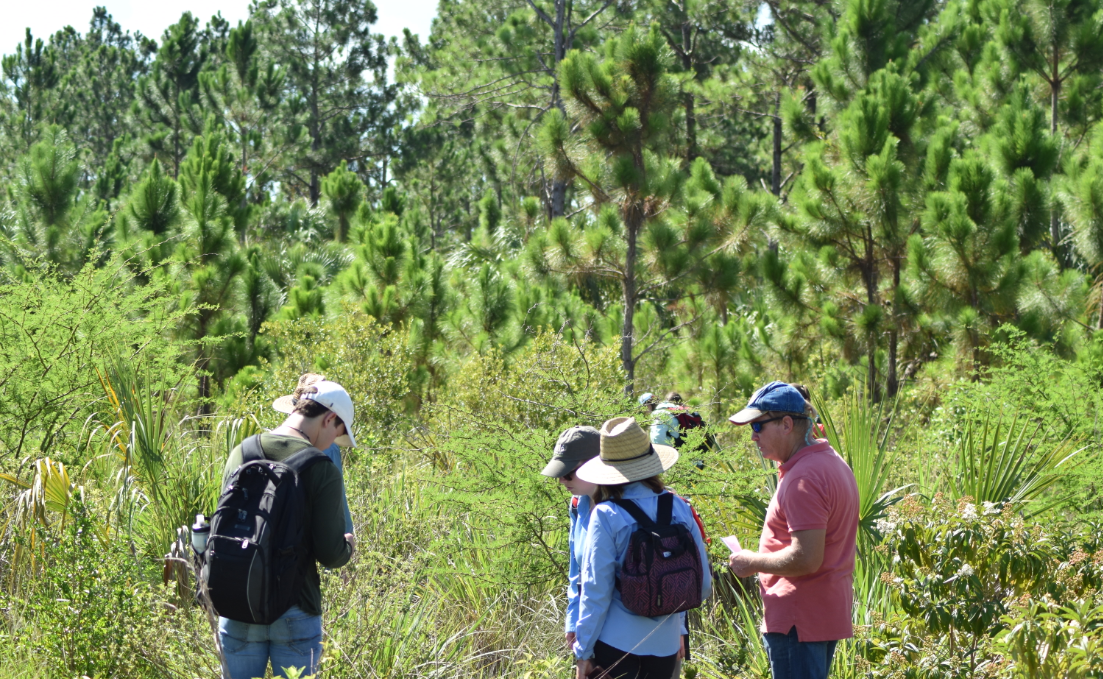 24 Jul Can mammals be Pollinators…what does the Bat say?

Week four with Everglades National Park Environmental Education unit has me redefining where the actual park ends and begins. As long as I can remember, our local zoo in South Florida, Zoo Miami (then Miami Metro Zoo), had been my natural home away from my inner-city home… There, I was immersed in both flora and fauna that I only ever saw legends like Jack Hanna handling, or Marlin Perkins and Sir David Attenborough speaking about on television. In short, each visit to the zoo has been a reciprocal expedition which has played a critical role in my development as an environmental researcher, educator, and advocate. To my utter surprise & excitement, we embarked on an unexpected adventure… Our guide was Dr. Frank Ridgley, who has served as an Associate Veterinarian since 2007 and taken on the role of Director of Conservation and Research at Zoo Miami. SIDE NOTE: This position is on my top 5 list of dream career landscapes! Dr. Ridgley is also a professor at my university (FIU). He serves as the chair of numerous vital action committees centered on animal conservation and care. As well as serving on the Imperiled Butterfly and Florida Bonneted Bat Working Groups, he is also on the Steering Committee of the Everglades Cooperative Invasive Species Management Area (we will come back to this in a future post). Things to know: There are 1,200 species of bat, belonging to the family Microchiropetra in the order Chiroptera. Florida hosts a lucky number 13 of these bat species, of which five call south Florida home. They keep the mosquito population in check from the inner city to the Everglades. Two of the 13, the Grey (Myotis grisescensi) & Florida Bonneted (Eumops floridanus) bats are listed as Critically Endangered. This Family of HANDWINGS faces similar threats that other organisms with large ranges have to negotiate throughout the Anthropocene, like landscape fragmentation, pollution, and resource instability. For example, even though E. floridanus is the largest insectivore in North America, it is also responsible for pollinating succulents like cactus and agave plants found in Florida Pine Rocklands (an already endangered habitat type). As luck would have it, Dr. Ridgley took us on a guided backstage nature walk of their protected track. The Richmond Tract is the largest parcel of protected pine rockland outside of the Everglades park system. This is an important note because the zoo is a county operation in Miami-Dade, meaning they do not have federal funding to support all the conservation and resource management initiatives they conduct. Zoo Miami not only protects the pine rockland but has an active bat conservation program where even youth from the community have participated in ongoing conservation research led by Dr. Ridgley and his group. Two VITAL takeaways from this adventure, 1) the Richmond Tract is thriving and more restoration projects are on the horizon, and 2) they have found out that bats thrive in pine rocklands as long as they have large open spaces to hunt, like parking lots, agricultural fields, and lakes. In closing… THE Big Reveal, author Ilan Shamir once wrote, Advice from a Bat, Trust in your senses, Spend time hanging around with friends, Get a grip, Enjoy the nightlife, Sometimes you’ve just gotta wing it! And Guano happens! While Everglades National Park has their paper borders, we know in reality that the zoo and each one of our backyards are connected to her. More importantly, we the people can help protect our bat communities. Whether you have/want Bats in your Belfry… or just want to go from Bat Boy/Girl to Batman/Batwoman, click on the link below and give Dr. Ridgley a screech. Let him know I sent you. Bats are pollinators & pest controllers even throughout our darkest nights. https://www.zoomiami.org/florida-bonneted-bat