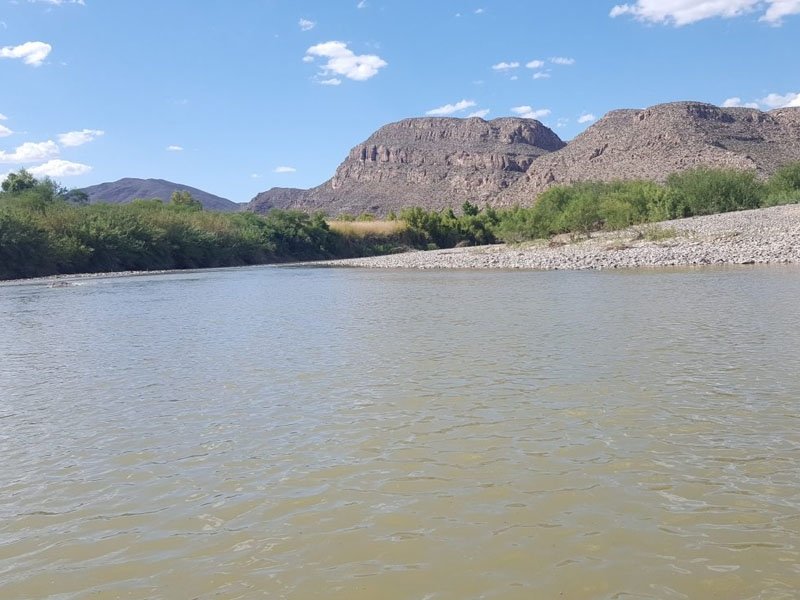 03 Jul Brothers and Sisters in Conservation

Big Bend National Park sits right at the border of the United States and Mexico, and along the border sits two of Big Bend’s Sister Parks for Comisión Nacional de Áreas Naturales Protegidas (CONANP), Maderas del Carmen and Santa Elena Cañón Flora and Fauna Reserves. Since these three parks share the same ecosystems, habitats, and the same issues at times too, it’s only sensible that our two nations work together to try and come up with ways to combat these problems as a unified front. So, every once in a while, a meeting between the three parks will occur to discuss what is going on in the parks, some future endeavors, and what are some projects we can do together to better preserve the natural area of the Rio Grande (or Rio Bravo in Mexico). I was fortunate enough to attend this meeting with my fellow LHIP intern, Iván Langesfield, Resource Manager Dave Larson, and other employees at Big Bend and staff from the CONANP parks.

We discussed several topics that our parks are facing, mainly the establishment of a set of vital signs that can be shared between the parks to determine how the different ecosystems are changing, establishing joint projects in the future for the parks to run together, and several other issues that are specific to the parks.

One of the main problems facing the parks and the existing border between our two nations is the biocontrol of an invasive species of river cane known as the Giant Cane (Arundo donax), through the introduction of the arundo wasp (Tertramesa romana) and the arundo scale (Rhizaspidiotus donacis).  The Rio Grande/Rio Bravo is the centerpiece of the parks and a key habitat for many species and tourist activities, covering almost 300 miles through all three parks. The Giant Cane has invaded this precious resource and caused many problems such as overwhelming campsites, river scouting areas (which can lead to several health and safety issues), and landing zones below rapids. It also lowers the biodiversity by outcompeting the native river cane, and can cause an increase in flooding by accelerating sediment accumulation.

Many treatments have been tried, such as controlled burning and herbicides, but none have really had much success, that is until the USDA found that the arundo wasp and the arundo scale have worked to a great effect to control the growth of the Giant Cane, and are being tested on some small initial sites on the river. These agents are known to only target the Giant Cane and leave the native species seemingly unharmed, which would give the native cane a better chance to compete with the Giant Cane.

This brings us back to the binational meeting we had earlier this week, where we brought this to the attention of our CONANP counterparts and updated them on the success and findings of the study. We are hoping we can establish a way to inform the residents specifically in Boquillas/ Maderas del Carmen area about the study, so that they will not disturb the wasps with their task of bringing down the invasive cane. This along with many other topics were the focused of the trip to the town of Boquillas, which when completed was deemed very successful for both sides and will be an ongoing effort to help support the natural splendor of the parks on both sides of the river. While I cannot include everything discussed in our meeting with CONANP, I can say this: during my time there I met some of the most dedicated civil servants that rival those found here in America, and the amount of work an cooperation between our parks is a better way to view our relationship with our sister nation in the south…and even in this political climate that surrounds us, the bigger picture of conservation and unity is not lost in the whirlwind of talking heads, and ego-led politicians. More importantly, it helps build a foundation that future generations can build on and work towards the enshrinement and lasting of friendship and brotherhood between our three parks and worldwide.