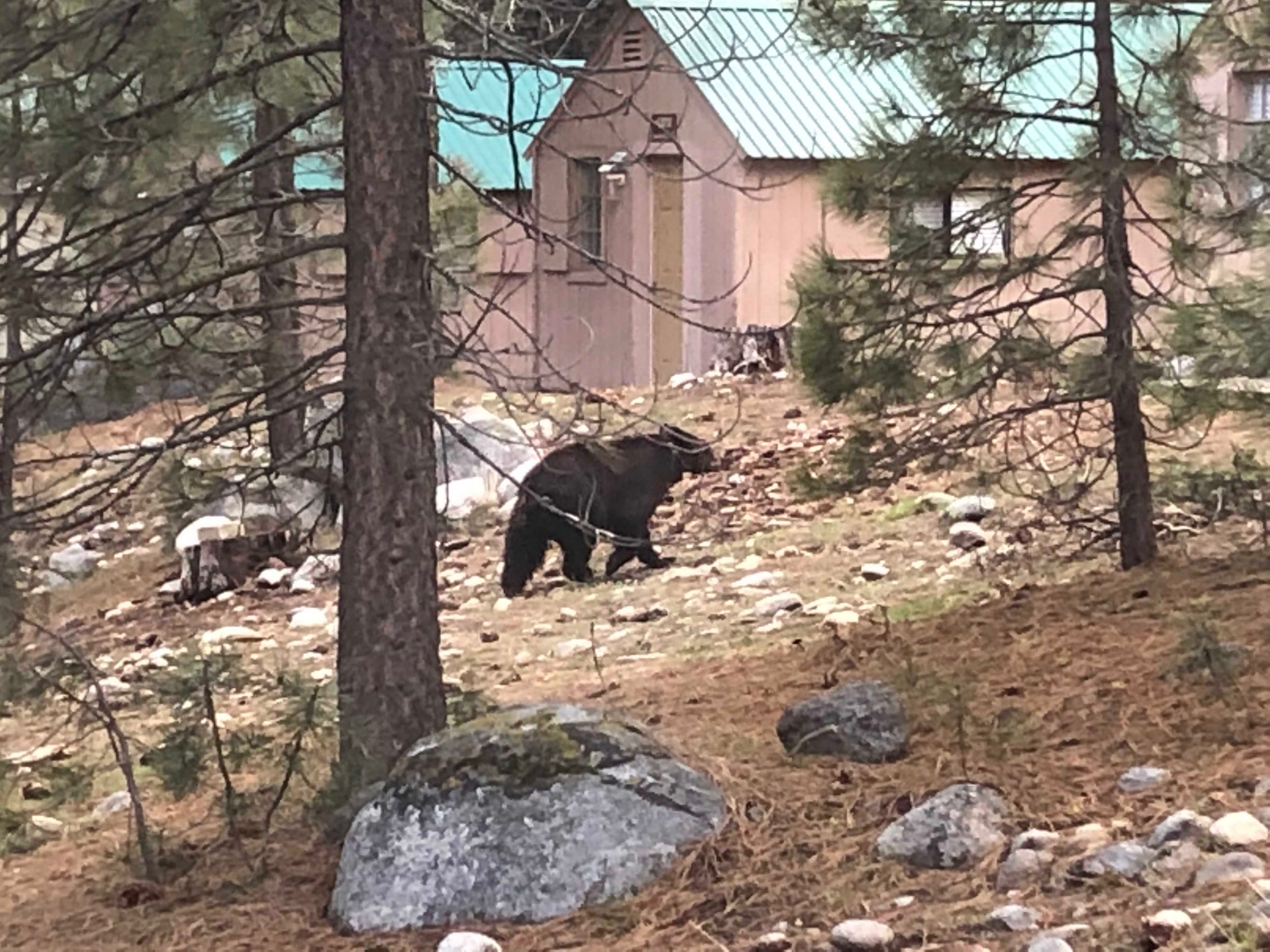 13 Jun Something New You Have Learned

This week I explored Giant Forest with the SIEN forest crew to monitor Sequoia health. We collected data on whether the trees were dead or alive, and the status of the tree’s foliage, which indicates stress levels. If a sequoia tree has “dieback”, or a certain amount of needle loss, this means that the tree can be under attack from beetles, have a lack of water or sunlight, or some other stressor affecting it.

I also had a chance to spend a day at the Wolverton camp with high school volunteers that were working with the National Park Service at Sequoia National Park. One of the lead wildlife technicians gave the group a talk about bears, as well as bear safety. They explained that the American black bear is the only type of bear that naturally lives in the Sierra Nevada. Grizzly bears, which were also once prevalent in the area, were hunted to extinction decades ago. Black bears are not aggressive like grizzlies, but rather skittish and evasive of humans.

Being a responsible visitor to the park includes being aware of how to properly store and dispose of food, trash, and anything with a smell that could attract bears. It may seem like we could be doing the bear a favor by leaving food outside for it, but bears that associate humans with food are monitored by the NPS wildlife crew. If these bears are found to repeatedly rummage for human food, they could be considered a threat to visitors and be euthanized.

To keep this from happening, the wildlife crew does their best to scare away bears. In an effort to make bears associate humans with unpleasant things so they can stay away from us, they make loud noises, yell, shoot rubber bullets, and chase them. The wildlife crew works to keep the bears and park visitors safe, and we can do our part by not feeding our wildlife and being responsible about our waste.

The photo above shows my first bear sighting here in California. I heard the wildlife techs yelling and clapping and I looked out of my cabin window in time to see a bear passing through the Lodgepole living area! The bear made it safely to the other side of the forest.