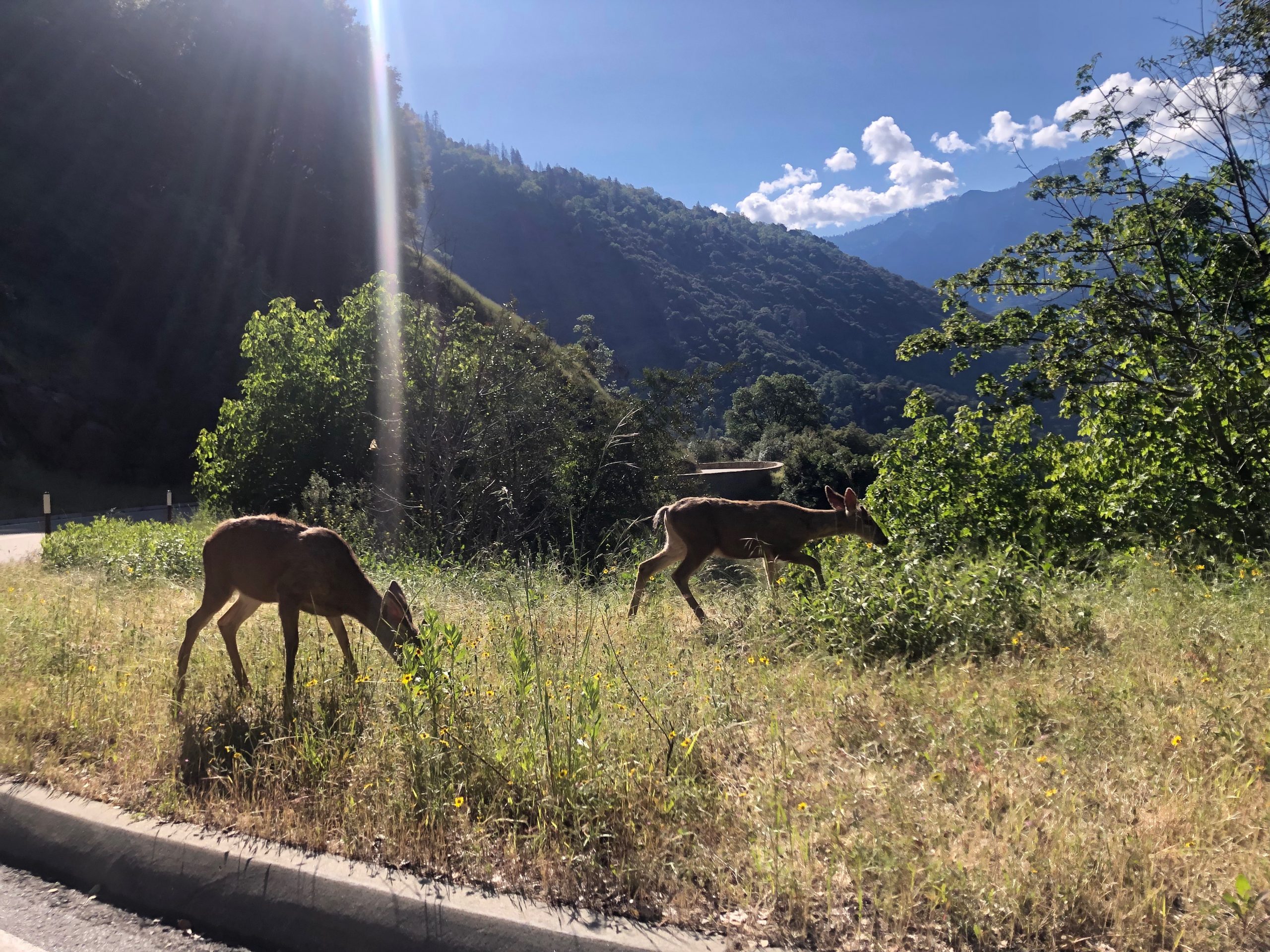 Let me tell you a little about the sites I have been working in for the past several days. My first day was spent at the Lodgepole subdistrict of Sequoia and Kings National Parks (SEKI). I attended the CPR training held that day at the Lodgepole visitor center auditorium, which is used for educational demonstrations for the public. Later that day, Nathan L. Stephenson, whose research has been affiliated with Sequoia trees and other conifers of the Sierra Nevada, came to speak with us about Giant Sequoias. The topic on current threats to sequoia trees stood out to me because the identification of the risks that these trees face is important for strategizing their mitigation. According to Stephenson, boundary transcending threats, such as climate change and air pollution, are being monitored for their effect on Sequoia trees. It was indicated that the greater of these two threats to Sequoias is climate change, which includes the consistently documented increase of global temperature. Higher temperatures result in earlier snowpack melt, which makes droughts last even longer than normal and subsequently puts the sequoias in danger. The most recent drought, occurring in 2012-2016, led to record-breaking tree decline. Though this certainly sounds depressing, Sequoia and Kings National parks have active ongoing efforts to monitor and protect the forests while educating the public on ways we can all contribute to Sequoia tree conservation.

My other worksite is at the Ash Mountain foothills subdistrict, which contains the Foothills Visitor Center, the SEKI education office, and other Ash Mountain facilities. Here I met with my research supervisor, Dr. Christy Brigham, and discussed my goals for my time here as an intern. One of my goals involves becoming more knowledgeable about the ecological interactions in the parks, and learning how to communicate that effectively to educate the public.

Another activity I took part in at the Ash Mountain Foothills was a discussion on Whitebark Pines, which are also declining due to numerous factors. A few of these stressors include non-native pathogen called white pine blister rust, the mountain pine beetle, and climate change. Luckily, there are similar efforts put in place for these trees as well, and public education is certainly a crucial component of this. If we want these beautiful landscapes to prevail, it is our responsibility to inform ourselves about nature conservation efforts wherever we are. There is no need to be discouraged about our seemingly small individual efforts in conservation, because it all adds up!