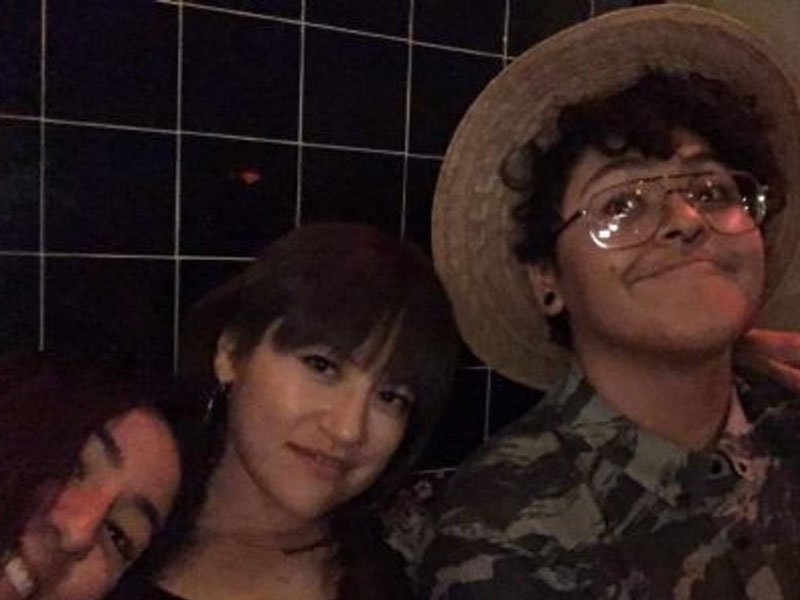 Hey LHIP Familia, my summer has been such a busy blast so far!

I recently had the huge pleasure of hosting LHIP Intern Miriam from Casa Grande Ruins National Monument in Coolidge, Arizona, at Saguaro National Park in Tucson.

The beginning of our adventures started with the saguaros in the field at 6 am, with our giant selfie-stick, camera, and tablet. I demonstrated using it a few times, while Miriam worked the tablet to get the perfect pictures. It was only a short time before Miriam gave the selfie-stick a try, and she was such a natural at it that we finished in great time!

After fieldwork, Lupe and I took Miriam on a tour of the Tucson Mountain District at Saguaro National Park.

We began at Signal Hill, which is a picnic area with the largest petroglyph site in the Tucson Mountain District of Saguaro National Park . The Signal Hill Petroglyph Site occupies a small but distinct rocky hill that consists of over 200 prehistoric Native American petroglyphs, created from between about 550 to 1550 years ago, by the Hohokam.

We stood at the base of Signal Hill, under an overcast sky, on the summer solstice, sharing our “WHATs & WHYs?” A powerful place, in a significant time, for big questions with bigger answers. It was super special.

After Signal Hill we went to the Red Hills Visitor Center and watched an INCREDIBLE short film about saguaros from a Tohono O’odham perspective, sharing their complex and interdependent relationship with the saguaro, rooted in an understanding that the saguaros were once human, and are ancestors. This perspective deepened my by rapidly budding adoration for these gentle giants.

After our tour we took Miriam into town for some tacos at a local family-owned Mexican restaurant, with great vegetarian options, called La Indita. Our bellies were full and happy while walking to our next meeting a few blocks away, where we met our third data wiz, Theresa, who affectionately refers to doing data as NERDVANA!!

Our adventures even continued post-work, into a spontaneous night of live music and mingling, which sure made for a solstice to remember and some solid first impressions. Thank you, Miriam, and cheers to making connections and growing this LHIP Familia!