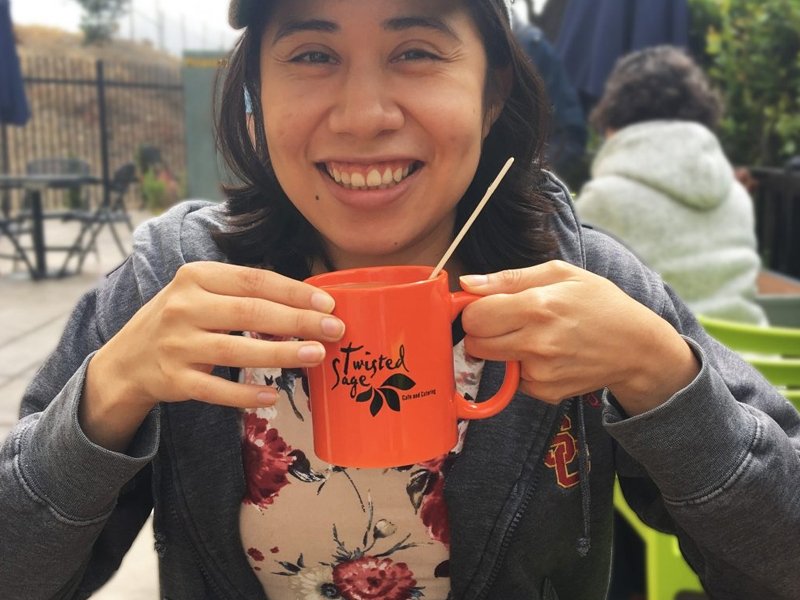 Posted at 00:34h in Blog by Emelyn Najera 0 Comments
0 Likes

My name is Emelyn Najera, and this summer LHIP has given me the opportunity to work alongside the wonderful team of architects and historians of the Historic American Building Survey (HABS) in Washington D.C.  I am currently a graduate student at the University of Pennsylvania studying Historic Preservation and City Planning,

I previously received my Bachelor of Architecture from the University of Southern California. As my subsequent posts will detail my summer adventure working with HABS, I would like to take this opportunity to tell you more about myself.

I was born and raised in Southern California, growing up in the predominantly Mexican-American suburb of Azusa. As far as I can remember, my parents have worked tiresome labor-intensive jobs, a consequence of their immigrant background and limited English; and yet, their story is fairly common. It is one that resonates throughout the south Azusa neighborhood in which I was raised, the kind of neighborhood where a college education is rare and virtually non-existent. My parents, both born and raised in Mexico, immigrated to the United States in the 1980s. Leaving their entire lives behind, they arrived in California seeking a better life for themselves and their future children. Growing up, my siblings and I learned to speak Spanish first (only adopting English when we began to attend school), we were raised on traditional Mexican cuisine, and learned to root for las Chivas. While far from the place that they once called home, my parents instilled a taste of Mexico in our upbringing.

As a first-generation college student and graduate, navigating the waters of higher education was at times bewildering and nerve-wracking, but it was only made possible by my parents’ never-ending encouragement and understanding. Throughout my life, their support has allowed me to explore my interests and aspirations and has ultimately led me to my present career ambitions in conservation and historic preservation. As a child, I thought I would grow up to become an artist, but my penchant for arts-and-crafts coupled with an interest in history and design led me to pursue an architectural education, but over time I realized that perhaps I was more interested in preserving architecture and understanding the history and heritage it possessed.

Growing up, I would often hear of the abundant orange groves that had once flourished throughout my hometown of Azusa and its surrounding cities; orchards that had long ago ceased to exist but had nonetheless resulted in the orange fruit’s prominent display on the Azusa city logo, a final homage to the city’s agricultural history. But the older I became, the more apparent it was that despite the cheerful orange emblem, Azusa’s relationship to its past was sparse and hard to come by, existing in photographs and oral histories, but absent in the city’s present configuration of buildings and monuments. Ridiculously, as a kid I was driven mad with jealousy when my family and I visited the historic downtowns of neighboring cities. Charmed by the quaint brick buildings and their old-timey atmosphere, Azusa’s lack of history was even more prominent. Later, while living in Los Angeles as an undergraduate student, I had the opportunity of visiting several of the city’s iconic and historic architecture, buildings ranging from the Schindler House in West Hollywood to the Bradbury Building in downtown LA, structures that have conscientiously been protected for their historical and educational significance.

A city’s historical identity is shaped by its peopled, and as an aspiring conservationist, I want to do my part to preserve the history of my community. While I still much to learn, I am grateful for the opportunity that LHIP has granted me, and I look forward to the experiences of my summer internship!