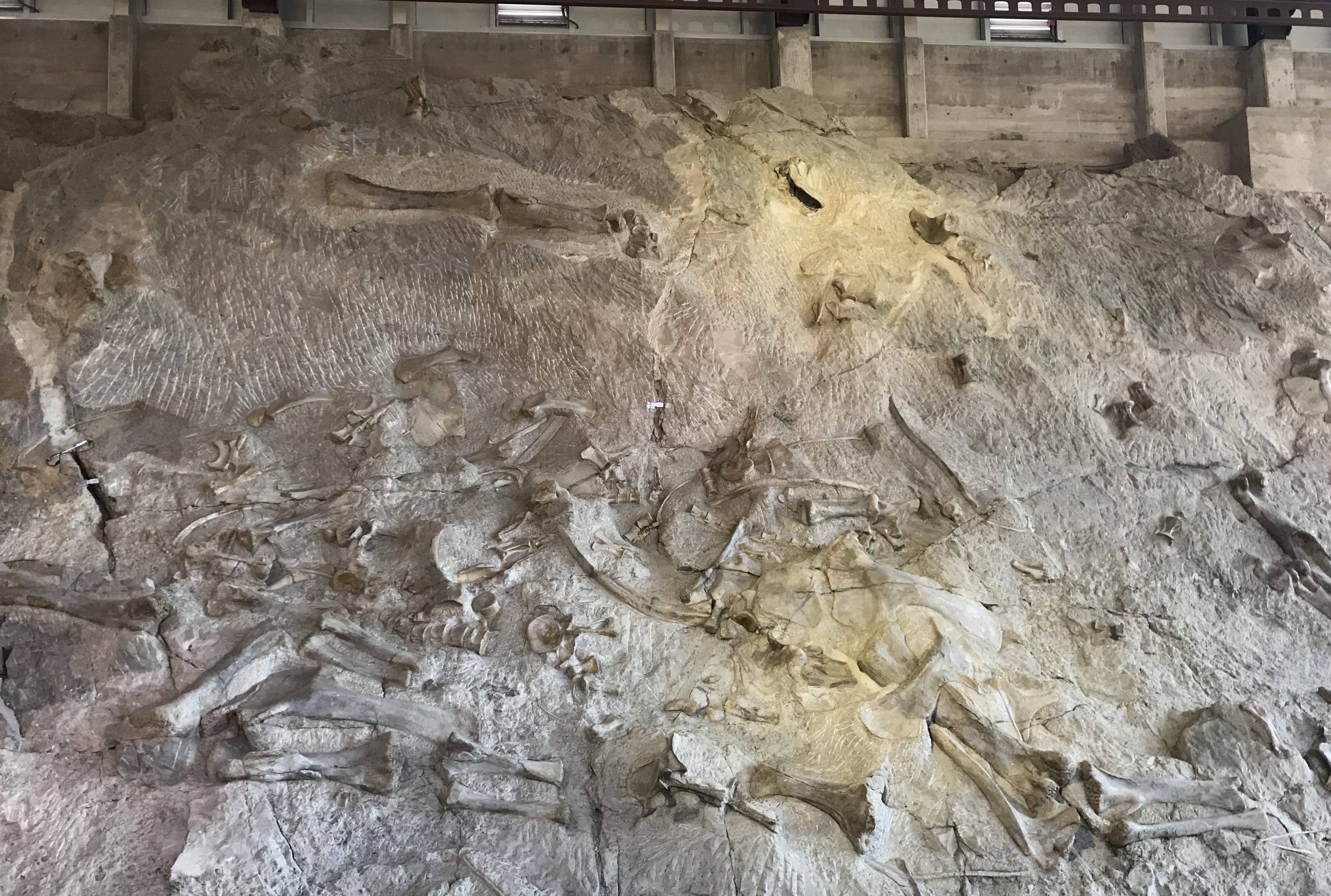 25 Jul All the Reasons You Should Visit Dinosaur National Monument: An Introduction to My Internship Site

I arrived over the weekend to Dinosaur National Monument in preparation for my work as the Resource Monitoring and Science Communication Intern. In my first week at Dinosaur, I have enjoyed seeing different parts of the monument while being trained for my internship work. I’m amazed by the variability within Dinosaur and all the amazing attractions. Although the monument is named for its dinosaur fossils, there’s so much more to enjoy in the monument. The 211,000 – acre monument stretches through two states – Utah and Colorado and is situated around the Green and Yampa Rivers. At an impressive location in Dinosaur, the Yampa joins the Green as the river makes its way to join up with the Colorado River. Rafting and fishing on the rivers and through the amazing canyons surrounding them is a popular activity at Dinosaur.

The biggest draw at Dinosaur is, of course, the Quarry Exhibit Hall. Embedded on an exposed wall just a few minutes’ drive from the main Quarry Visitor Center are hundreds of dinosaur fossils from some 150 million years ago. Among the fossils on the wall are huge leg bones, long columns of vertebrae, and even a carnivore’s skull attached to a long neck. The dinosaur species include Camarasaurus (a long necked dinosaur) Stegosaurus (the well-known the dinosaur with defensive plates), and Allosaurus (the most dominant predator of the entire Jurassic Period). The quantity of fossils on the bone wall is almost unbelievable, and there’s so many fossils there that the novelty of a fossil almost wears off. There’s so many bones that you forget to be amazed at the fact that each one comes from a gargantuan lizard that was running around 150 million years ago, died, and then was lucky enough to have its bones preserved. Visitors can also walk the fossil discovery trail up to the bone quarry to check out other fossils and rock layers. Walking up this trail and looking at all the rock walls and sediment deposits, one can only wonder: how many more fossils could this place be hiding?

Nevertheless, not everything at Dinosaur is a fossil from an animal that died millions of years ago. In fact, the monument has an impressive diversity of natural ecosystems. Among these are riparian woodlands/wetlands, desert shrubland, and montane forest, semi-desert shrub steppe, and semi-desert woodland. Wildlife species range from sage grouse to mountain lions to prairie dogs. There are four species of endangered fish in the monument.

Dinosaur also has a rich record of human history. Indigenous people created pictographs (paintings) and petroglyphs (carvings) on rocks and canyons throughout what is now the monument. This art comes from the Fremont people and was made a thousand years ago. The ancient images show archers, big horn sheep, lizards, and more. More recent human sites in Dinosaur include several historic ranches and homesteads inhabited by European Americans over the last 150 years. The Josie Basset Morris cabin area – home of a bootlegging and ranching solitary woman in the mid-1900s – also happens to be in a swampy area where I will be monitoring monarch butterflies.

Next up on the list of awesome features of Dinosaur is the region’s complicated geology. Parts of the monument make you feel like you are on the moon. Elsewhere, there are deep red rocks, faults stretching for miles, towering sandstone structures, impressive canyons, tall mountains, and rock layers that go 23 layers deep. Everywhere, the geology impresses and also give us clues into what this area was like in the deep past.

Finally, Dinosaur has plenty of trails and campgrounds for outdoor recreation enthusiasts. Visitors can hike through deserts or canyons and along the rivers in Dinosaur. I hope to spend much of my free time this summer exploring the different trails and sites throughout Dinosaur and learning more about this place.