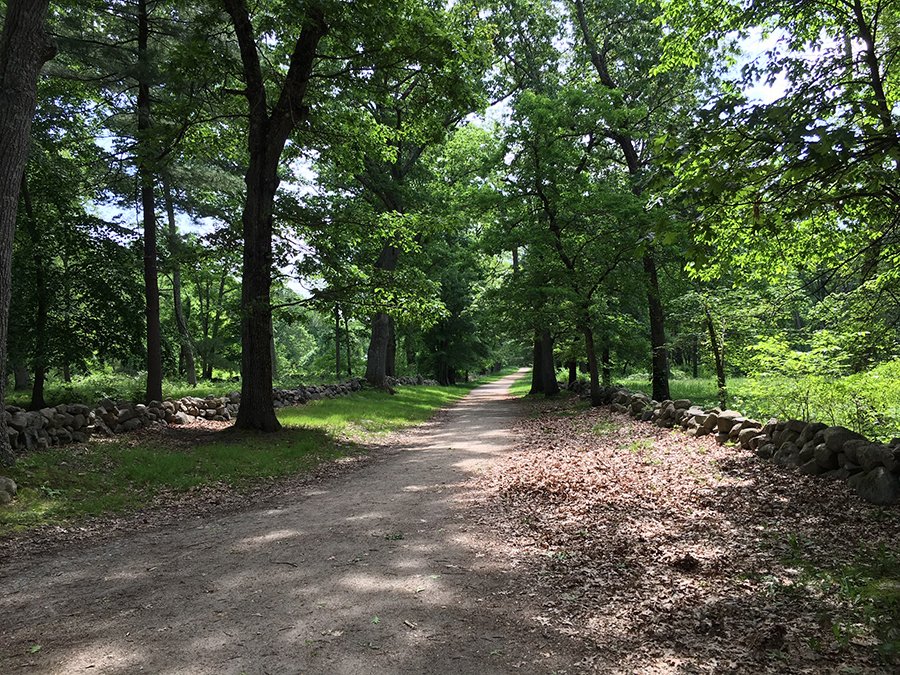 I am going to be working as a Resource Management Assistant at Minute Man National Historic Park in Concord, Massachusetts this summer. Located sixteen miles west of Boston, Minute Man National Historic Park spans three towns- Concord, Lincoln, and Lexington- and covers 1,038 acres. Established in 1959, the park encapsulates much of the original route the British troops used to march from Boston to Concord, culminating in a series of running battles on April 19th, 1775, which proved to be the opening of the Revolutionary War.

What has really struck me so far, is how old some of these sites are! This land was originally part of the Pennacook territory- an Algonquin speaking Native American Nation, who controlled an area from present-day southern Maine, through New Hampshire and south to northeastern Massachusetts. The Pennacook were decimated by a small pox epidemic in the early 1600s – a fate suffered most by the coastal nations prior to the permanent settlement of European colonist from England beginning in 1620. In 1635, the English negotiated the acquisition of a six-mile square parcel of land known as Musketaquid. Promptly renamed Concord, the farming community became the Massachusetts Bay Colony’s first inland settlement. As for the Pennacook, those who managed to survive further outbreaks of disease and most notably King Phillips War (1675-78) were forced to move north to Canada, or west to upstate New York.

By 1775, this region had been settled by the English Puritans for over 140 years. The park also maintains and interprets homes along the route known as “witness structures”- so called because they were there when the British troops marched past in 1775. The landscape is highly picturesque, with a series of rolling meadows, dense woodland, small farms, winding roads flanked by typical New England stone walls. The blending of the past and present- with the historic sites existing right alongside the everyday bustle of a very modern Concord- holds a certain charm unique to New England.

A unique challenge faced by the park is road congestion. Massachusetts Rt. 2A was built along several sections of the original “Battle Road” and now is a major east/west though fare for commuters headed in and out of Boston. Additionally, Rt. 2A is a major access point for Hanscom Air Force Base. I have observed a kind of ebb and flow of traffic each morning and evening along this historic corridor, Monday thru Friday, like clockwork. While vehicle traffic is part of modern life, especially in Boston, I found it unique that the park is challenged with preserving the integrity of the historic landscapes, really enabling visitors to feel fully immersed, while at the same time trying to mitigate the steady flow of commuters through the park, not necessarily here for the history.

Until the next time!