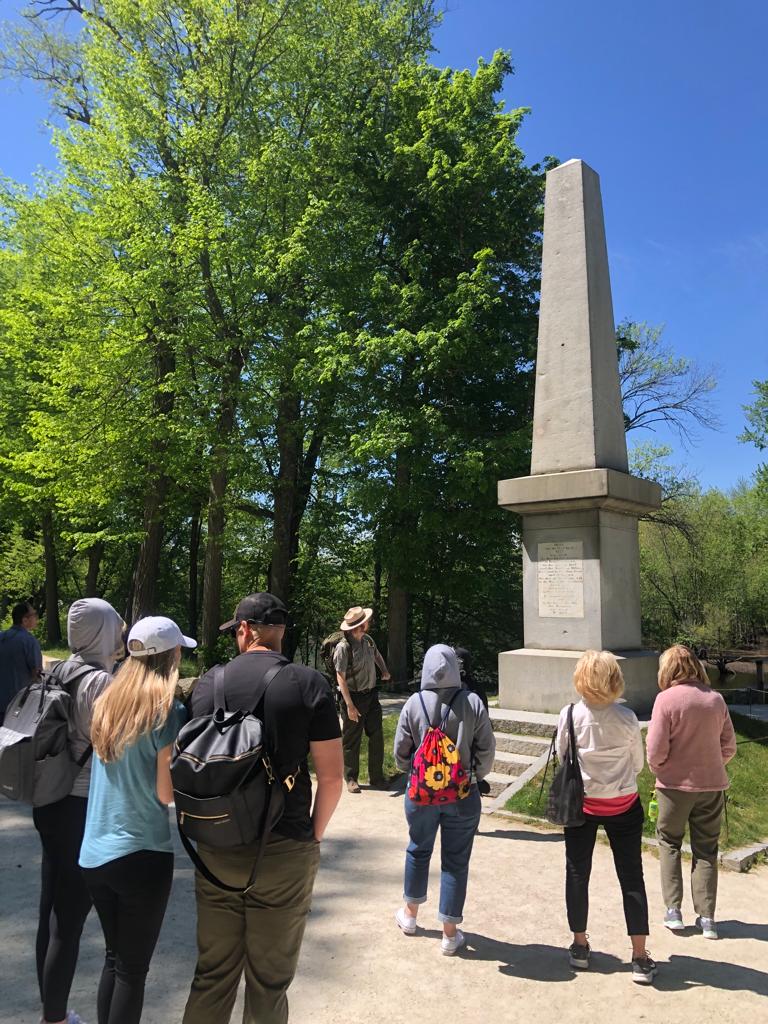 09 Jun A Park Dedicated to the Beginning of a Nation 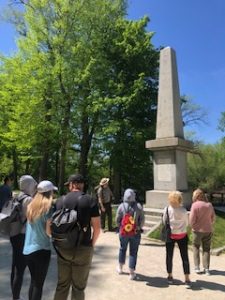 The 1836 Obelisk installed for the bicentennial of the town of Concord displaying the feelings toward the British at the time and located on the eastern side of the bridge. 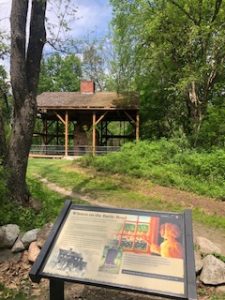 The chimney from the Samuel Hartwell House Site remains after a fire in 1968.

Minute Man National Historical Park was established less than a century ago in September 21, 1959. However, the park revolves around a pivotal day in the history of the United States, April 19, 1775. Spanning across three towns in Massachusetts, Concord, Lincoln, and Lexington, the park comprises of structures, buildings, and natural landscapes that together tell the story of the first day that the British soldiers, known as the regulars, and countrymen, known as the militia, confronted each other with violence and bloodshed. I have had the opportunity to learn about the history by attending interpretative tours at the park’s North Bridge site. The events leading up to this day and the day itself are also explained in detail on the park’s website. 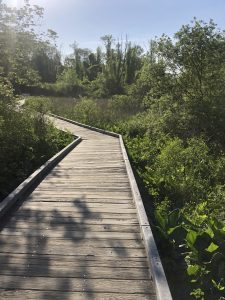 A boardwalk on the Battle Road Trail use to cross the wetlands.

As a Trails Planning and GIS Assistant, I work with the Integrated Resource Team to assess and assist in the development of tools and information that enhance the visitor experience in the park and address ongoing maintenance needs of the trails. Having arrived less than two weeks ago, I have been meeting the many staff and volunteers that span a diversity of roles and responsibilities that together help the park function and meet its mission, which is “to preserve and interpret the significant historic structures and landscapes associated with the opening of the American Revolution”, as written on the Friends of the Minute Man website. As a park of 1038 acres and four separate “units”, or areas of historical interest, across three different towns, the park faces multiple unique planning questions and opportunities that I look forward to learning about and engaging with. 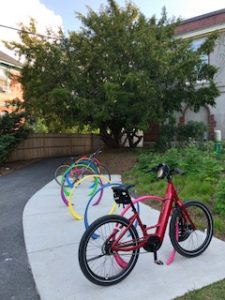 The e-bike I get to ride parked at a town bike rack. 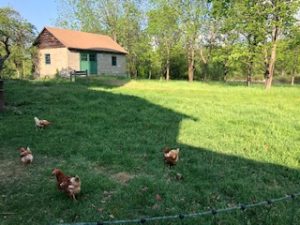 The chicken coup outside my home.

I have the great privilege to live in the park next to the park’s Battle Road Trail and a chicken coup home to 9 chickens. I get around on an e-bike that has been lent to me for the duration of the summer. The Battle Road Trail is a five-mile trail that stretches between a building called Meriam’s House to Fiske Hill House. The trail is a part of the 16 miles where the fighting that took place after shots were fired and the fighting began at North Bridge in Concord. The trail is used for both recreational and educational purposes. As a planner, I have been very excited to help support and advance safe, multi-modal use of the trail. E-bikes are now allowed on many trails across the country where regular biking was already permitted. Minute Man National Historical Park welcomes e-bikes as they make enjoying the trail accessible to more people.

Nestled in the countryside of Boston, the discontentment with the British rule and lack of independence and self-determination became evident in the confrontation with the British soldiers in 1775 and the mass participation from across the colonies in the fight for independence. Until recently, I thought of National Parks solely as places of natural beauty, wilderness, and retreat. Perhaps others that grew up in the Western part of the country can relate. The National Park Service conserves and preserves history, as well, and the material and natural landscape that encompass the history. The Minute Man National Historical Park is one of these places and carries forth the origin story of the nation. 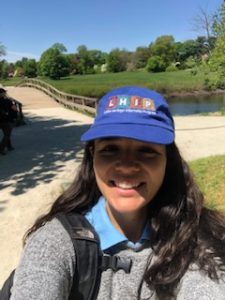 I am standing on the Eastern side of the North Bridge. 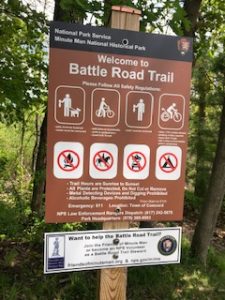 A sign welcoming people to the Battle Road Trail on the Western end and explaining the laws and policies of the park.