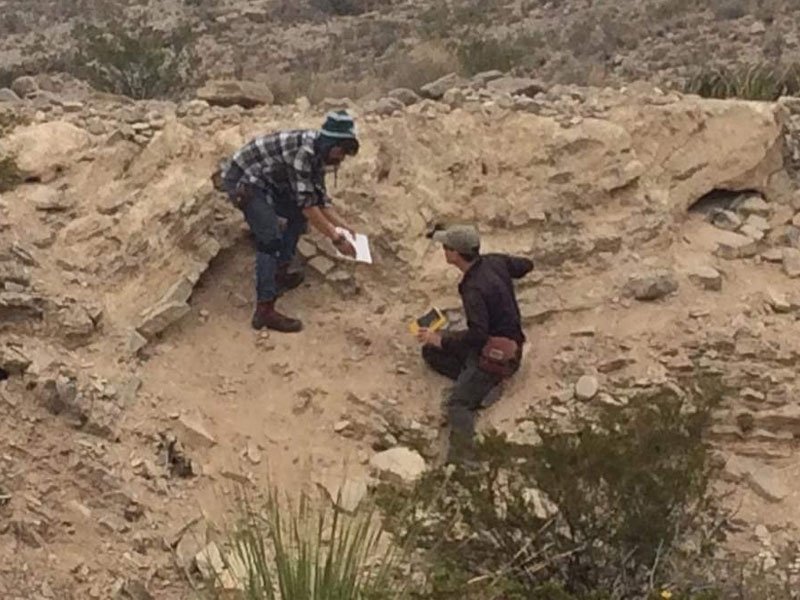 11 Jun A New Start at a Familiar Site: Big Bend and Big Opportunities

Earlier this week I started an internship that will help me familiarize a place that, for me, has a storied past. To get everyone up to speed, let me start with a short introduction of myself. My name is Marvin Salvador Lopez Jr. I am a first generation Salvadorian-American and the second born and only son of two Salvadorian immigrants that came to America in 1989 to leave their war-torn home and start a family in Merced, California, near Yosemite National Park. This echoes the many stories of immigrants coming to America for a better life for their children. They would soon move to Texas, where we still reside today. Many years later, while attending the University of Houston earlier this year, I had the pleasure of going on a field trip to Big Bend National Park. This was my first visit to the park and, while there, my classmates and I mapped out a small area in Dagger Flats near the entrance to the park. Even though I did not spend a lot of time in the park, the natural splendor had gripped me to my core.

Shortly afterwards, I was offered the position as intern through the Latino Heritage Internship Program for the summer. While driving up to the apartment where I would reside for the summer, the Department Chief of Resources, Dave Larson, was telling me of the scenic views outside my apartment. One, he had noted, was called Wright Mountain (the middle mountain in the picture below).

It was named, he adamantly exclaimed, after George Melendez Wright, a Salvadorian-American who was born in San Fransisco, California, in 1904. He later was able to work in Yosemite and Big Bend, and was famous for his early survey work in the parks. Wright was named the head of the newly established Wildlife Division Branch of Research and Education, which was created specifically for him. Unfortunately, he died young in a tragic car accident, and the mountain was named after him. Looking at the mountain serves as a reminder of what I can accomplish, and the history and ties I have to this place. During my time here, I will try to follow in Wright’s conservationist footsteps, however in the field of paleontology and geology. I hope that this blog and documentation of my time spent at Big Bend National Park will inspire others to visit the natural wonder I found in the park, and to exhibit to other Latinos how to engage in the fields of science and conservation.

I will add more in the coming days, but I hope you tune in with more updates I will have in this blog.