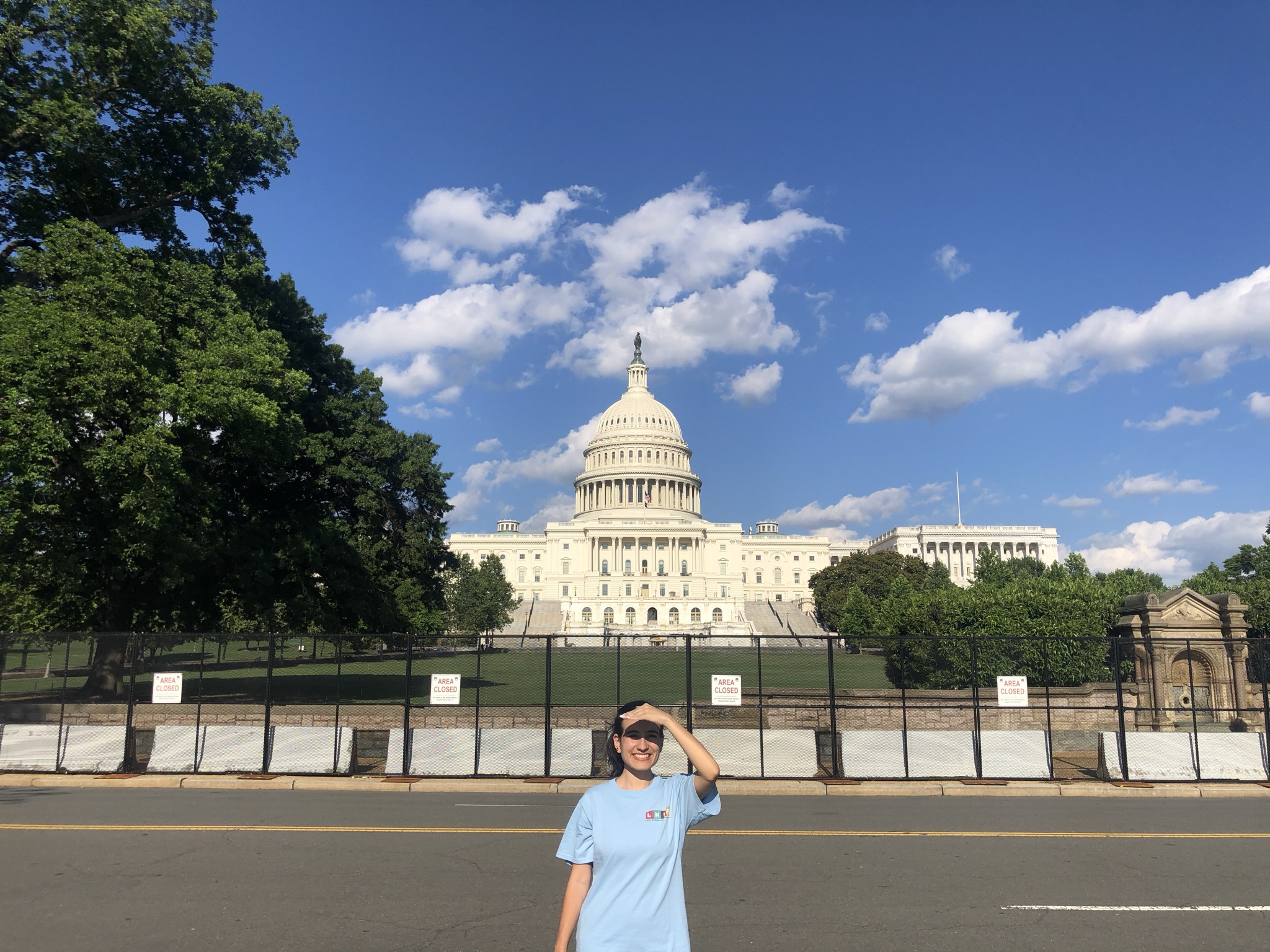 25 Jun A month of meetings, songs of the day, and exploring dc – nicole segnini

So, it’s already been a month? I looked at the date today and I just couldn’t believe that it’s almost July…. How?!

But that’s ok, this only means that we’ve been having fun, right? At least I have! For the last few weeks, I’ve been super busy with the rollout of a communications plan for Latino Conservation Week (LCW), which is in July. A communication plan is basically a road map for getting your message delivered to an audience. In this case, we want people to know about LCW, an event that seeks to engage the Latinx community in NPS recreational activities and stewardship while emphasizing the community’s important role in conservation. I had to identify what messages we are trying to promote and the goals we are trying to achieve, to whom we’re targeting those messages, and what communications channels we are using to deliver those. As part of the plan, I had to draft and post an internal guidance to parks (using SharePoint) with resources and ideas that staff can use to promote LCW (events at parks, social media posts, articles about Latinx employees, and more ideas alike). I had to present this plan at several meetings as well (and somehow I was able to speak English and not Spanglish which I think is a win for me!). So far, I am working on several projects (possible video and podcast) and specific content, as well as updating the LCW site on nps.gov.

Other than working on LCW, I’ve been working on other things at the communications office. One week, I helped update the Find A Park site with new features. Added new parks with their pictures, titles, and descriptions to the Plan Like A Ranger row; I also added two more sections: Juneteenth and Ocean’s Month, with their respective pictures, titles, and descriptions. I also gave a “talk” about my experience in the news field to our national Public Information Officers. That talk was fun because I was able to share how newsrooms work, what’s the process of finding and picking news stories, and what journalists look for in news releases and social media posts.

Throughout the month though, one of the things I’ve done the most has been: attending work meetings. But the awesome side of it is that I’ve met a lot of awesome people and learned so much about the work they do and how our office, as well as other communication regional offices, functions. I also decided that every day I would introduce my coworkers to a different song. The “Songs Of The Day” (yes, that’s the Spotify playlist) have varied from K-pop (honestly, it’s been mostly that…) to Latin music (mostly bad bunny.. I am sorry I love him so much, ok?) to some awesome pop bops (yes, that included Carly Rae Jepsen) and some great afro-beat/afro-pop singers (Aya Nakamura playing at the moment). It’s been an awesome way to connect with new coworkers, and to learn from them as well. I’ve been introduced to some artists and music genres that I never thought I would listen to. Music is a universal language.. a way to unwind, relax, and have fun… I’m glad we can share this love for music, together.

And last but not least, I’ve been exploring DC with my best friend who lives here and my awesome roommate, Hillary, another LHIP intern who is a boss queen (check her out!). We’ve been trying different foods and coffee places (although, as an avid coffee drinker, I haven’t really tried as many coffee places as I would’ve liked). However, I have tried at least half of the Boba Tea places in DC, and that says a lot! I’ve also gone on a lot (like, a lot) of walks. One day I decided to go for a walk and ended up running/walking 9 miles! I went to the Rock Creek and Potomac Parkway, walked past the Zoo all the way to Rock Creek National Park, and then back to where I am staying. It was pretty beautiful but also extremely tiring. Overall, exploring DC has been so much, I am in love with this city!

Several pictures of DC from some of my exploration city walks.