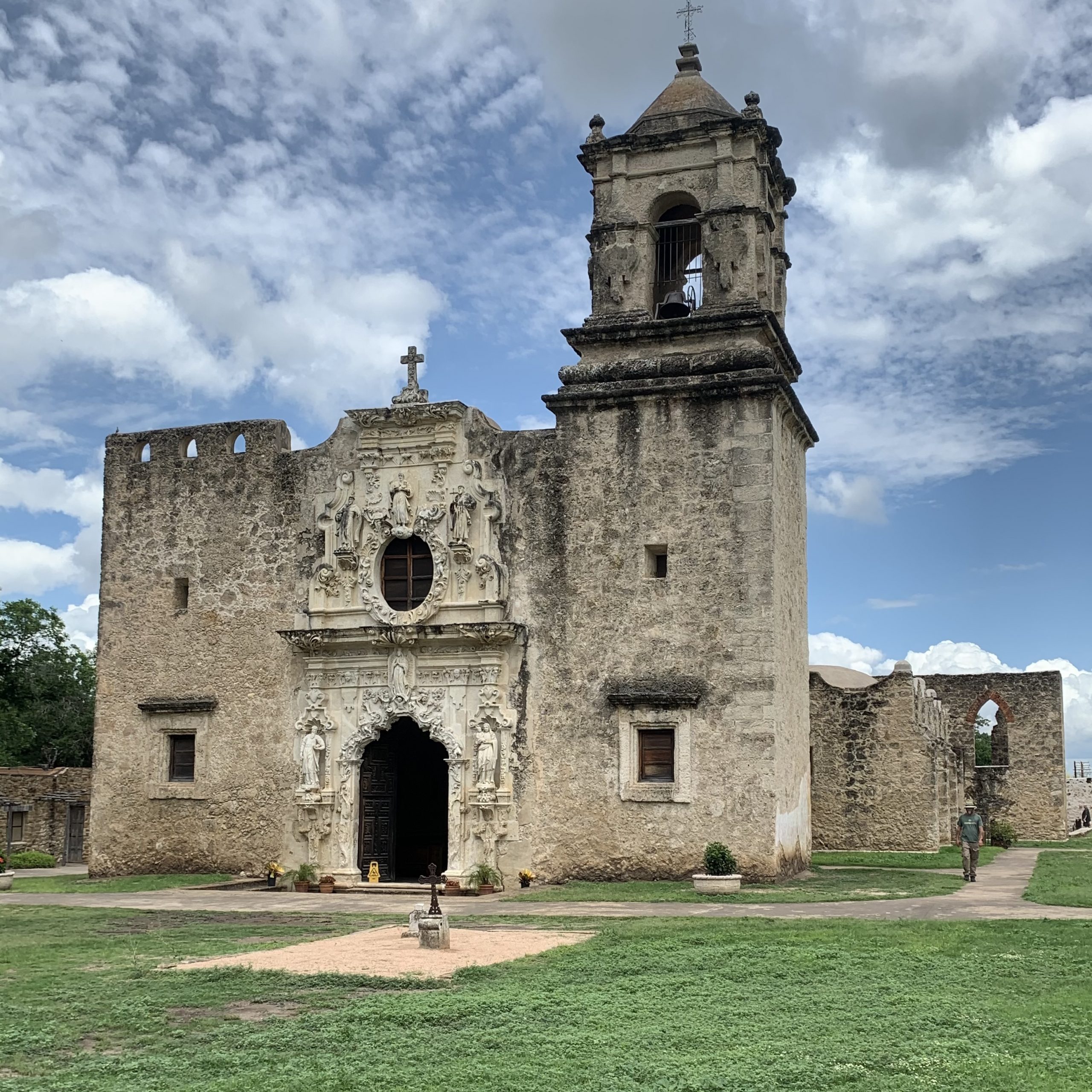 09 Jun A Mission, A cemetery, a mystery – Cristóbal López

For my internship at the San Antonio Missions National Historical Park, I am tasked with researching the history of the original cemetery at Mission San Jose and the history of the small cemetery that is located in front of the church. Historically, mission cemeteries were located directly in front of the church. Mission residence would have wanted to be buried inside of the church or as close to the church as possible. Given the location of the existing small cemetery at Mission San Jose, one would think that that would have been the original location of a bigger cemetery. However, that might not be the case.

Only one available historical document references the location of a cemetery at Mission San Jose. In 1758, Jacinto Barrios, Governor of Texas from 1751-1759, recorded the description of the Mission San Jose compound. In his report, he stated that there was a 222 squared foot cemetery, surrounded by a rubble wall, located in between the church and the soldiers quarters. What makes Governor Barrios’ report unique is that the church he recorded in 1758 was not the same church that stands today.

During the 1750s, the church at Mission San Jose faced north and south. Today, the church faces east and west. The original church, which faced north and south, was torn down and reconstructed to face east and west during the middle of the 1760s. Therefore, given Governor Barrios’ report, the original cemetery would not have been where the existing cemetery is today. Rather, it would have been by what is now the south wall, near the Rose Window.

Thus, why is there is small cemetery located in front of the church today? Only one of the two headstones is legible and it marks the grave of Juan Huizar. Juan Huizar was a direct descendent of Pedro Huizar, who is credited for carving the famous Rose Window. Documents also show that the Huizar family owned and lived in the mission granary, located in front of the existing church, for roughly a century following the secularization of Mission San Jose in 1824.

Could the existing small cemetery have been part of a larger communal cemetery or was it a private Huizar family cemetery? What happened to the original cemetery that Governor Barrios reported in 1758? I hope to find the answers to these questions and more during my internship at the San Antonio Missions National Historical Park.