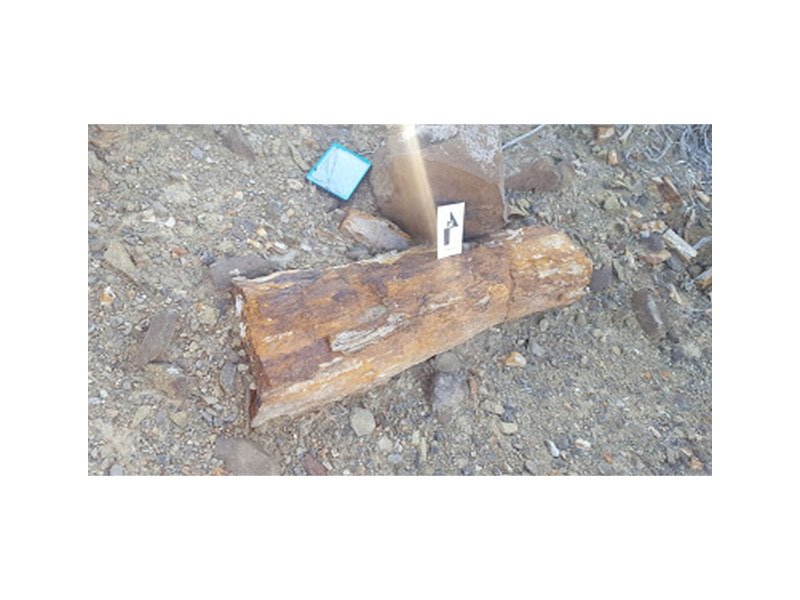 17 Jun A ‘Lost World’: The Truth about Fossil Poaching

Big Bend is special because of the amount of natural history recorded in the park. The geologic formations tell us about the past environments of the park, the bones and fossilized wood tell us the different types of life that lived here, and the current resources tell us where the park will go in the future. In all this wonder, it is easy for someone to want to take a piece of this history home for themselves. People think, “It’s just a piece of rock, right? Nobody is going to miss it,” or “Cool! A fossil I can show all my friends!” However, this becomes a serious issue in national parks and for scientists worldwide.

Fossils are EXTREMELY rare, and have to have the right conditions in order to be preserved. Here is a video on how fossils form, in a process called fossilization.

There are several things a fossil needs to achieve to actually fossilize; see this link.

1) It has to be from an organism’s hard part (bones, cartilage, shells, teeth, etc.). Soft parts like flesh gets eaten away by bacteria and other organisms.

2) It has to survive scavengers.

3) It has to be covered quickly in sediment (which is why marine fossils are more common), particularly silt, sand or volcanic ash.

4) The hard parts need to go through a process called mineralization, where the organic matter of the deceased organism gets replaced by minerals.

5) It then has to survive thousands-millions of possible deformations and then be uplifted to be exposed on the ground surface.

6) It has to be found before the fossil is broken down by erosion.

To put this in perspective, about 99.999% of life that has existed on Earth has already become extinct. However, the fossil record is extremely shallow and only accounts for a small percentage of that 99% (and of that small percentage, the majority happens to be marine organisms, since they lived in optimal conditions to fossilize). For example, for the 150 million years dinosaurs had existed, only about 1,000 species have been identified, according to this article published in 2017. That’s a HUGE population that is unaccounted for, and gives us a small window to look into the past.

So with that in mind, these fossil that are found in the national parks lands are precious, mainly because they are protected under U.S. law and can be observed and monitored by government employees. This is where my job, and the work I will be doing over the summer for the LHIP internship comes in; I’ll monitoring paleontology sites in Big Bend and archiving information about these sites so others in the future can reference them and see if anyone has taken these precious resources.

However, this does not stop people from taking these specimens. In 2002, Texan scientists Dr. Tom Lehman and Dr. Elisabeth Wheeler were returning to Big Bend to see a newly discovered genus, Baasoxylon parenchymatosum, a type of petrified wood that could only be found in Big Bend National Park. To their surprise, they found only fresh footprints when they reached the site. The log was nowhere to be found. About one third of these rare specimens have been taken from Big Bend, and the possibility for more is also a threat, without the work of employees like myself and the staff here at Big Bend.

With such an incentive to sell, such as this Chasmosaurus skull  (Chasmosaurus can also be found in Big Bend) selling for a large price on the internet, fossils in national parks such as Big Bend are in danger of being poached. Even with laws in place that include huge fines and long jail times, without the efforts of park employees these ancient stories might never be told. As a visitor to these parks, there are a few things you can do to prevent this!

Resources such as the fossils that are found at Big Bend are rare and precious, and cannot really be truly admired unless seen in their natural environment. One cannot exist without the other, and without these resources, people cannot appreciate the parks for how magnificent they are. Also, these lands belong to everybody in the U.S., so if people take resources from the park, they are taking them from you. Leave nothing but footprints and take nothing but pictures and memories.