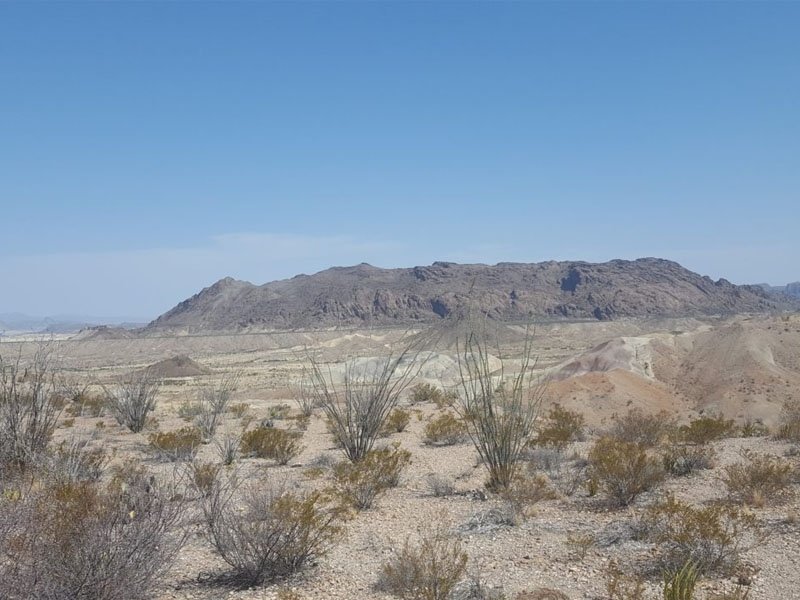 11 Jun A Look into the Past: A Brief Paleontological History of Big Bend

Geology is a way we can look into the past and understand how things used to be. Inside each rock formation is a story to tell about past lives spent on this planet. I wanted to take the time to report about the history of Big Bend as told by the rocks and geology of the park, and the many creatures that have inhabited the park long ago.

The park is in the western part of Texas bordering Mexico to the south, where the Rio Grande takes a large bend on its way to its mouth at the Gulf of Mexico. Today, Big Bend is very much a desert environment, where temperatures can reach over 100°F in the summer, and down to 30°F during the night. This, however, was not always the case in the past. Big Bend was underneath a shallow seaway, known as the Western Interior Seaway, during the time its oldest beds were deposited.

These deposits date as far back as the early Cretaceous period, which was the last age of the dinosaurs and large reptiles. At this point in geologic time, around 100 million years ago, the Western Interior Seaway was slowly receding to where the current Gulf of Mexico is. The numerous marine invertebrate fossils, such as sea urchins, mollusks and ammonoids found throughout the park in the various calciferous and shaley rock formations all point towards that conclusion, as well as some fossils of larger sea creatures such as mosasaurs, sharks and fish. Then, around 75 million years ago, Big Bend was underneath a shallow shelf of that seaway, where ancient rivers and marshy landscapes made a great haven for large dinosaurs such as Alamosaurus and even Tyrannosaurus. Fossilized trees and other large reptile fossils such as Deinosuchus, the largest ever crocodile to have ever lived, and Quetzalcoatlus, the largest creature ever to take to the air, are found in the park, which coincide with the time period of the late Cretaceous.

Big Bend is unique because it is one of the only parks to have rocks that form the famous K-Pg boundary, or the famous mass extinction event that killed off the dinosaurs. These rocks make a up a formation called the Black Peaks Formation, which can be found on the Eastern side of the park and can be easily identified by the somber red and black bands deposited by fluvial sandstones.  The Black Peaks Formation exists in a Cretaceous strata and a Paleogene strata. These rocks might hold the key to the mystery of how the dinosaurs died, and they make Big Bend even more special.

After the deposition of Cretaceous sediment, moderate deformation caused by the Laramide orogeny caused folds, thrusting and tight folds. This orogenic event caused most of the uplift and deformation of the Cretaceous strata, and the volcanic events that were to follow up until 26 million years ago, when the Laramide forces began to slack, and magma began to rise and cause volcanic activity which resulted in many dikes and sills. During this volcanic period, however, we do find fossils of small mammals and reptiles, such as turtles, although these fossils are very rare or overlooked. Recently, in the Quaternary Period, erosion of the older beds is broken up and deposited along the older and recent stream beds, and most of what we see today has been exposed.

This vast history of the park is all written in the stones inhabiting it, and the past lives that we were fortunately able to see via the evidence of fossils found in the strata have slowly revealed an elaborate history and a precious timeline that, thanks to the National Park System, generations will be able to enjoy and learn from.