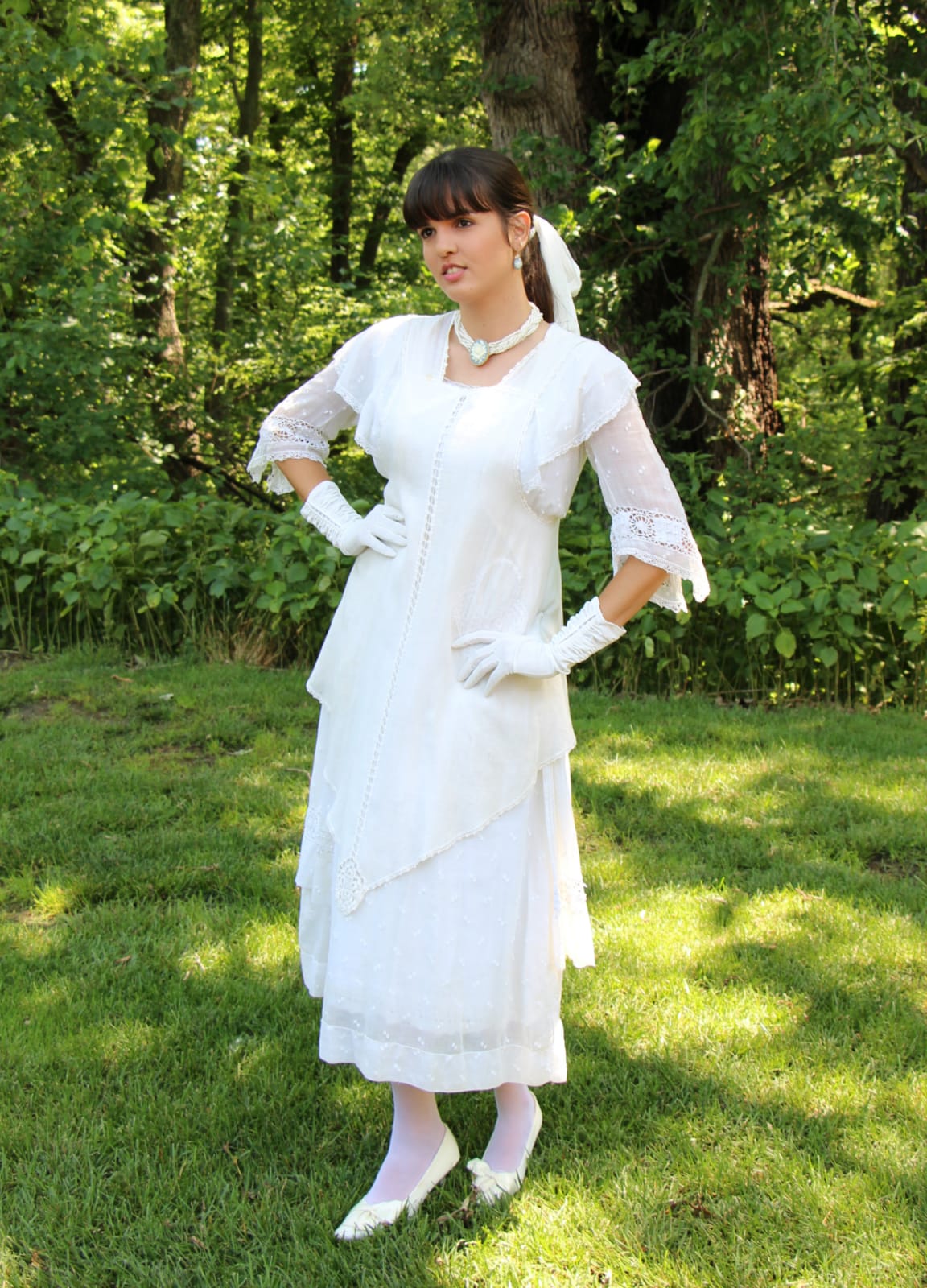 21 Jul A Journey to the Past on Homestead Days

The biggest festivity in the park, Homestead Days, took place in late June. It was like taking a journey to the past and getting familiar with the Homestead Era. From seeing artisans sewing, chefs cooking as they did in the 1860’s, people adorned in clothing worn during the Homestead years (1860’s to 1980’s) to getting in a stagecoach from the Pony Express, it was all an adventure!
Even though I was working during that weekend, I had so much fun and consider it my favorite activity in the park so far. When the staff was planning a Fashion Show about the Homestead Era clothes, I could not resist and offered myself to be a model; wasn’t that bad since I was a model some time ago in Puerto Rico. I had the opportunity to dress myself in a white summer dress, originally from 1916.  I felt gorgeous.
I also got the opportunity to see how people made butter back in those days, what type of ovens they used, techniques for sewing, and I even got a moment to try to play a zither and a Mountain dulcimer.  In addition, I had some time to see some of the performances that took place on the stage. My favorites was an American Indian songwriter from Montana and the International Folk Dancers from Omaha, which performed dances from Greece, Germany, Rumania, Ireland and more. On other hand, my biggest project during the weekend was doing an interpretation and encouraging people to go in a stagecoach from the Pony Expressx, letting them imagine how it would feel like to go on a trip to other states in the 1860’s.