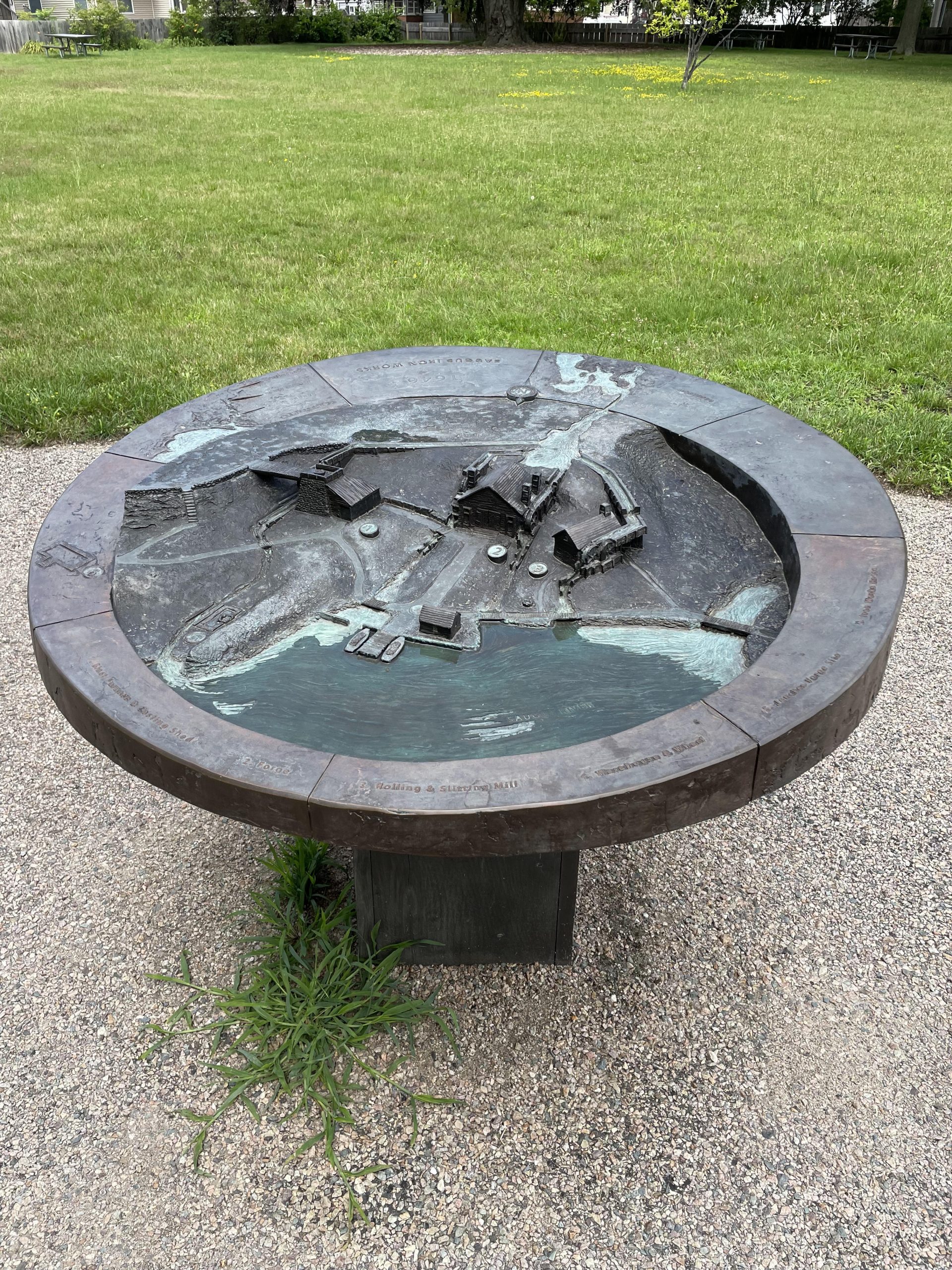 While on pretty much every day of my internship thus far I have been based at Salem Maritime National Historic Site (SAMA), I was recently given the opportunity to work for a day at SAMA’s sister site, Saugus Ironworks National Historic Site (SAIR). Located in Saugus, MA, the site was designated by the National Park Service on April 5, 1968. Built on the ruins of a circa. 1646 ironworks, the first of its kind in North America, SAIR contains historically accurate reconstructions of many of the original portions of the ironworks, including the blast furnace, the forge, and the trip hammer.

The site was discovered in 1948 by an archaeologist named Roland Robbins, who had been tasked by the First Ironworks Association (FIWA) to locate it. While initially privately owned by FIWA, the site was later added to the NPS system in 1968 and the grounds have been open year round since then to those who wish to get an insight of how iron was made in 17th century. The museum, which is temporarily closed as of July 2021, also houses some artifacts of the original ironworks such as bellows and trip hammers.

During my day at SAIR, I learned more about the ironworks and it’s history from Paul Kenworthy, the ranger on site, and took part in an informal tour of the grounds alongside others who braved the July heat. I also spent much of the day soaking in the nature. While surrounded on three sides by suburbia, the site still boasts an impressive amount of biodiversity. I was able to spot a few monarch butterflies, a large assortment of fish, and countless colorful birds.